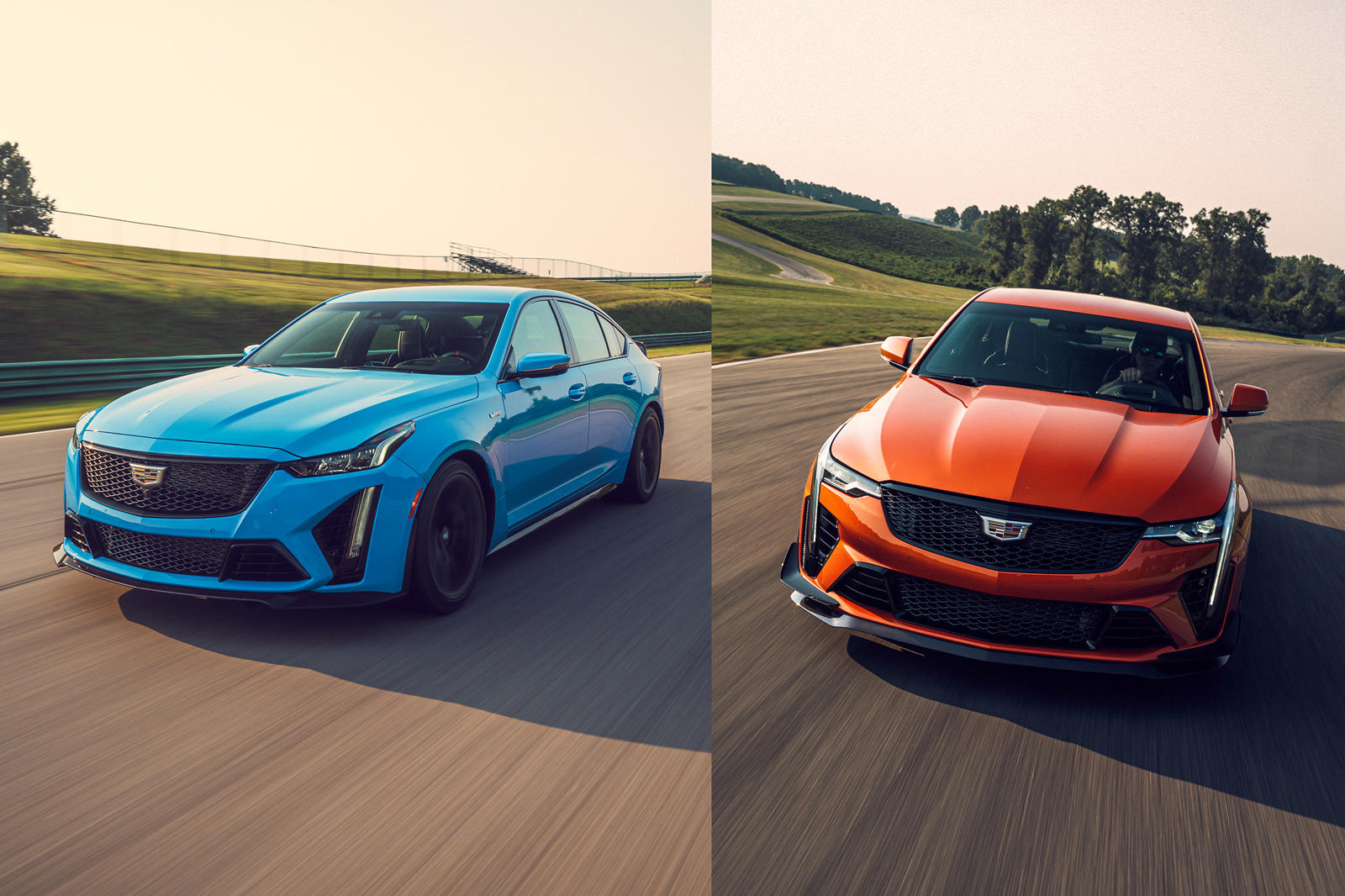 We can’t say that the Blackwing cabins are up to Mercedes levels of luxury, but the CT5-V Blackwing looked cool at the very least. The seats are comfortable, two-tone and diamond stitched but they aren’t as tight-fitting as we would have liked, especially when ripping around roundabouts. On the flipside, they’re heated and cooled.

There are a bunch of plastic buttons for the climate control and other functions, those could have been metal, but we do like the carbon fiber accents and extra steering wheel controls. The infotainment screen is on the dash and canted a little towards the sky, it wasn’t too sunny on our quick trip, but we could imagine glare becoming an issue at certain times of the day.

The CT4-V Blackwing had a plain black interior, which made it less cool. Automatic-equipped vehicles get a big rotary controller on the center console behind the gear selector. Manual cars have two knobs right on the infotainment screen for volume and selection. The eight-inch screen feels a little small, until you realize that it only needs to be big enough to see a few functions. This car is for driving, not for infotaining.

LEAKED: Here’s The Face Of The New BMW 3 Series

The earlier leaks helped us determine that the headlights of the new 3 Series would be getting a slight redesign, ditching the kink and moving to a more traditional cluster. These patent drawings suggest the same, but the rest of the bumper design is different. Two bumper designs were uncovered, one looking like a sharper […]

The interior is particularly luxurious with a massive focus on technology. The MBUX Hyperscreen has 2.6 square feet of visible area and touch prompts are met with haptic feedback from 12 actuators beneath the touchscreen surfaces. The processing unit comprises eight CPU cores, and 24 GB of RAM with speeds of up to 46.4 GB […]