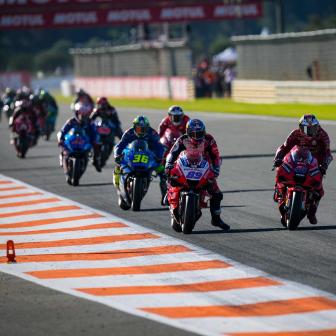 On the other end of the scale, Zarco’s second half of the season form dropped off a cliff compared to his opening nine races. The Frenchman was suffering from arm pump and eventually had surgery in September, but his title hopes quickly faded after the summer break. Zarco went without a podium from the Catalan GP to the end of the season, but P5, P5 and P6 was a solid enough end to a promising campaign. In addition to Zarco, Oliveira’s name doesn’t even appear in the top 15. Injury at the Red Bull Ring saw Oliveira struggle, but the three-time premier class race winner and his RC16 weren’t firing in the second half of 2021. It was a dramatic drop off in form compared to his Mugello and Barcelona rides, but KTM riders seemed to struggle throughout the season. There’s more to come from the Austrian factory in 2022, that’s for sure.

The Frenchman looked like he was a serious contender for a top-five starting position in Sochi after ending Q1 in sixth-place. Gasly reported a lack of grip to his team midway through Q2 but AlphaTauri didn’t call him in for fresh intermediates. As a result, Gasly failed to progress into Q3 and is set to […]

Rookie duo Schumacher and Mazepin had a near-miss during the opening stages of Sunday’s race at Zandvoort when Mazepin moved across late on Schumacher at the start of the second lap. Schumacher was forced to back out of the attempted pass following the block but appeared to clip the rear of his teammate’s car, before […]

“Of course, this is possible because Franky is moving to the factory team alongside his old team-mate Fabio, and we are absolutely delighted and excited for him. He has performed remarkably for us, especially last year as vice-Champion, and this progression is exactly the objective for an independent team – to develop riders for the […]