Air Greenland has become the third operator of the Airbus A330-800, following delivery of the single example ordered by the airline.

The carrier formally received the Rolls-Royce Trent 7000-powered twinjet on 30 November, according to the airframer’s latest delivery figures.

Only seven A330-800s – the smaller variant of the A330neo family – have been handed over, including four to Kuwait Airways and two to Uganda Airlines.

Eleven -800s have been ordered in total.

Air Greenland is to use the jet to replace its older A330-200 (OY-GRN), one of the earliest -200 airframes, originally delivered to Belgian operator Sabena in 1998, barely a year after the variant’s first flight. 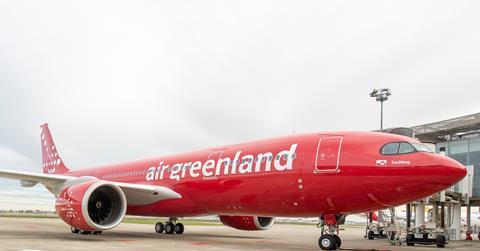 The new aircraft – delivered to Greenland with a 30% blend of sustainable aviation fuel – is configured with 305 seats in two classes including 42 in the premium cabin.

It will be used to operate long-haul connections to Denmark, as well as North American and other European routes, says Airbus.

Air Greenland has also signed a flight-hour services pact with the airframer which will cover maintenance and component supply.

British Airways has extended the maintenance contract for its 12 Airbus A380s, further signalling its intent to return all of its superjumbos to service. The contract with Lufthansa Technik will run for five years from August 2022, with work to be completed at the maintenance provider’s facility in Manila. “We are proud to continue our […]

Salinas, California, a small town near the Pacific coast about 90min by car south of Silicon Valley, is best known as the inspiration for writer John Steinbeck, the place where Janis Joplin let Bobby McGee slip away, and where 30% of the world’s lettuce is grown. But in the middle of this the agricultural heartland, […]

IATA director general Willie has joined the debate about Condor’s striking new livery, giving his light-hearted verdict at the end of today’s IATA media briefing. Asked whether he would have signed off on the livery for an airline he was running, the former Aer Lingus, British Airways and IAG chief replied: “No, I certainty would […]