Australia’s Regional Express (Rex) says that it has received preliminary clearance from Australian regulators for its acquisition of National Jet Express.

The clearance sets the stage for the Australian operator to obtain the Cobham Aviation Services Australia unit and enter the lucrative fly-in, fly-out market that supports Australia’s resources sector. 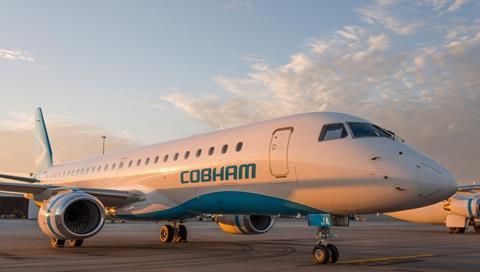 The case will now go before the Foreign Investment Review Board (FIRB). Rex says that the outcome of the FIRB review is expected in the coming months.

Rex announced its plan to acquire NJE in mid-July for about A$48 million ($33.2 million).

National Jet Express provides fly-in, fly-out services in the south and west of the country, and also operates domestic freight flights out of Sydney to various cities.

This article is based on Episode 1 of my new plane crash podcast What Went Wrong (link to Spotify here). Flying commercially is the safest way to travel, but this has not happened by accident — lessons have been learned over decades, many with a human cost. In What Went Wrong, I take a deep […]

Chinese MRO Ameco has commenced modification works on Comac’s ARJ21 regional jet.  The Beijing-based company, which did not specify what the works entail, adds that the first example will enter service at the end of the year.  Both Comac and Ameco entered into a joint design partnership more than four months ago. The MRO states […]

United Aircraft has delivered the first Ilyushin Il-76MD-90A to be assembled on its new production line, handing it to the Russian government’s military aviation transport division in Ulyanovsk. The aircraft has been constructed by the airframer Aviastar under a ministry of defence contract. Aviastar managing director Sergei Sheremetov says that, following modernisation of the manufacturing […]