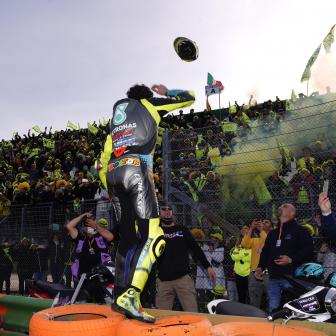 It was a stunning weekend of action at Misano, as we witnessed the crowning of a World Champion

Valentino Rossi will compete at this weekend’s Misano MotoGP – the first of two final home rounds before retiring after the season with Andrea Dovizioso alongside him.  Crash MotoGP Podcast – Click here to listen to Keith Huewen, Harry Benjamin and our own Pete McLaren talk MotoGP Dovizioso has penned a deal that will take […]