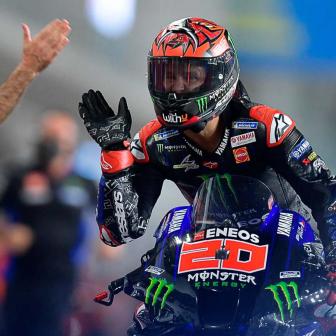 After announcing he will retire from MotoGP at the end of this season, nine-time world champion Valentino Rossi was inundated with an ‘incredible’ number of messages on Thursday evening. Among those paying tribute to the #46 and wishing him well for the future were fellow sporting stars from Formula 1 and Football. Youve been without […]

“The will to do and planning make everything possible”

The good memories were also accompanied by some difficult moments. From the first appointment, many customers came, but cooking, waiting tables and washing dishes between two people was not easy: “Eventually we organised ourselves by buying tents and hiring people to help us”, Pia recalls: “In the early years, we invested most of our income […]

What the drivers made of F1’s inaugural sprint race

Formula 1 debuted its experimental sprint qualifying race on Saturday at the British Grand Prix as part of a format which has split opinion among fans and drivers.  Red Bull’s Max Verstappen jumped main rival Lewis Hamilton with a better start and went on to win the first-ever sprint event, bagging himself three world championship […]