Just seeing Saint Jhn‘s name might be enough to fix his fiercely infectious hit “Roses” — remixed by Kazakh producer Imabek — in your head for days. The singer capitalized on that winning streak, delivering While the World Was Burning late last year. Featuring Lil Uzi Vert, Kehlani, and Future, among others, the album was a major flex for Saint Jhn, who is embarking on a 27-date North American tour, called In Case We Both Die Young. On Thursday, the Brooklyn native lands at the Fillmore Miami Beach with rapper and singer Tyla Yaweh serving as the opener. 8 p.m. Thursday, at the Fillmore Miami Beach, 1700 Washington Ave, Miami Beach; 305-673-7300; fillmoremb.com. Tickets cost $36 to $56 via livenation.com. Olivia McAuley

Yo Miami’s A Decade in Dade: See Friday

Photo courtesy of Yo Miami

Yo Miami, the creative network founded by Yuval Ofir, celebrates A Decade in Dade on Friday at its Little Haiti headquarters. To mark the occasion, Ofir has curated a ten-year retrospective of artists whose work reflects the city’s artistic legacy, with a mixture of street art and fine art. And because this is a party, after all, enjoy music by Master Feathers and complimentary beer by Beat Culture Brewery. 6 to 10 p.m. Friday, at Yo Space, 294 NE 62nd St., Miami; yo-miami.com. Admission is free with RSVP via eventbrite.com. Jose D. Duran

Take in the festive glamor of the Gilded Age at the Deering Estates on Friday as the historic home and grounds hosts its annual Mistletoe & Martinis party. The evening will bring live music, light bites, and desserts from South Florida restaurants and caterers — and, of course, a selection of martinis from the bar. Dress to impress and explore the stunning grounds, all for a good cause. The event proceeds will go toward the Deering Estate Foundation, which raises awareness and supports community, conservation, and cultural programming. 7:30 p.m. Friday, at the Deering Estate, 16701 SW 72nd Ave., Miami; 305- 235-1668; deeringestate.org. Tickets cost $125. Olivia McAuley

Conductor Marin Alsop makes her return to the New World Center on Friday and Saturday to lead the orchestra through a program that features the music of Nikolai Rimsky-Korsakov and George Gershwin. “Scheherazade and Gershwin” will focus on Gershwin’s Concerto in F and Rimsky-Korsakov’s symphonic suite Scheherazade. Also on the evening’s agenda: famed jazz pianist Aaron Diehl and Chad Goodman, conducting fellow at the New World Symphony. 7:30 p.m. Friday and Saturday, at New World Center, 500 17th St., Miami Beach; 305-673-3330; nws.edu. Tickets cost $40 to $125. Jose D. Duran

The Hip Hop Nutcracker puts a new (head)spin on the 19th-century ballet, as it sees out its seventh holiday season on tour. The contemporary take on the classic, which stops at the Adrienne Arsht Center for the Performing Arts on Saturday, merges hip-hop dance and Tchaikovsky’s timeless score for a fun experience for the whole family. One of the forefathers of rap, MC Kurtis Blow joins the cast for an opening set and performs alongside a violinist and dozens of dancers. 3:30 and 7:30 p.m. Saturday, at Adrienne Arsht Center for the Performing Arts, 1300 Biscayne Blvd., Miami; 305-949-6722; arshtcenter.org. Tickets cost $29 to $79. Olivia McAuley

We don’t just have holiday parades in South Florida — we have holiday boat parades. The Seminole Hard Rock Winter Boat Parade celebrates its 50th year with another beautifully lit show on the water. Departing from Stranahan House, private boats, showboats, and corporate yachts will deck out in holiday flare and travel east along the New River, giving you a chance to experience the magic of the season. 4 p.m Saturday, at Las Olas Intracoastal Promenade Park, 80 Las Olas Cir., Fort Lauderdale; winterfestparade.com. Tickets cost $15 to $25. Ashley-Anna Aboreden

Philly quartet Nothing heads to Gramps on Saturday for its first-ever Miami show. The shoegaze band with a hardcore mentality recently celebrated its tenth anniversary and is currently on a North American tour supporting its new EP, The Great Dismal B-Sides, recorded during the band’s critically acclaimed Great Dismal sessions. Nothing will be joined by postpunk trio Bambara and Midwife, the moniker of “heaven-metal” artist Madeline Johnston. 8 p.m. Saturday, at Gramps, 176 NW 24th St., Miami; 855-732-8992; gramps.com. Tickets cost $18 via etix.com. Olivia McAuley

Nothing at Gramps: See Saturday

Christmastime is here in the 305, and while it may not be a white Christmas, there are still classic holiday traditions to attend. Christmas on Commodore invites you to Coconut Grove’s Christmas tree lighting ceremony. You’ll have opportunities to shop small at the area’s trendy shops, enjoy live music from Miami Symphony Orchestra, participate in giveaways, and sing carols. 6 p.m. at Commodore Plaza, 3121 Commodore Plaza, Coconut Grove; coconutgrove.com. Admission is free. Ashley-Anna Aboreden

Punk is punk is punk — at least that’s what Otherworld posits with its event, Other Punk, at the Ground on Sunday. Whether post-, pre-, or pop-, all forms of punk will come together with the help of Copenhagen-based DJ Anastasia Kristensen, Brooklyn techno act Kyruh, local postpunk outfit Donzii, and Orlando producer Mother Juno. Also on the bill: Coffintexts B2B Sel.6, SDRV, and 42n0ah. 11 p.m. Sunday, at the Ground, 34 NE 11th St., Miami; thegroundmiami.com. Tickets cost $10 via eventbrite.com. Jose D. Duran 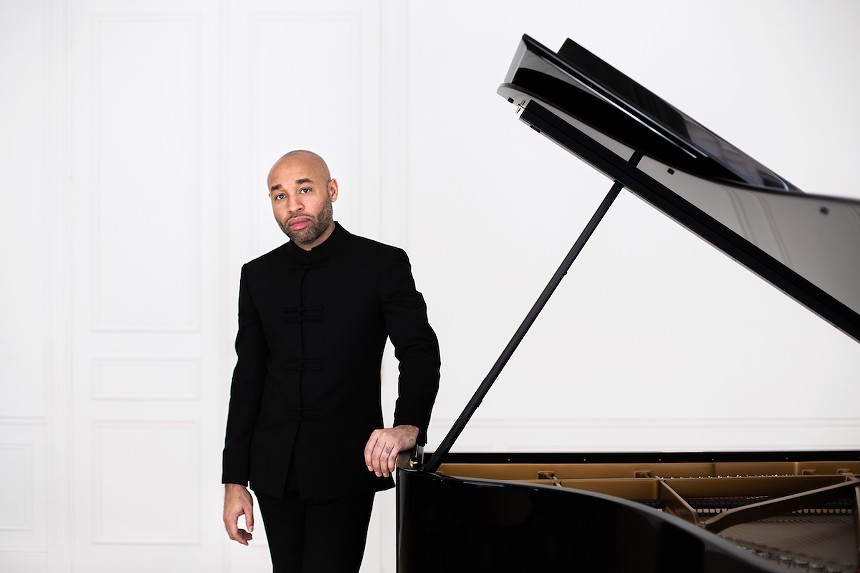 On Monday, the Miami Design Preservation League continues its Art of Architecture series at the Betsy Hotel. For the fourth lecture in the series, architect Allan Shulman will speak about two completed historic restoration projects with moderator Susan Askew of RE Miami Beach. The projects to be discussed are the restorations of the buildings that currently house Soho Beach House and the Betsy. 6 p.m. Monday, at the Betsy Hotel, 1440 Ocean Dr., Miami Beach; mdpl.org. Admission is free. Ashley-Anna Aboreden

From happy hour to DJs to free bachata classes, Fusion Tuesdays at the Anderson is filled with fun to cure your beginning-of-the-week blues. The 79th Street bar hosts DJ Mona as locals pile in for free Latin dance classes, including salsa, bachata, kizomba, and zouks styles. Enjoy happy-hour deals from 7 to 8 p.m. to work up your courage before the dancing starts at 9 and the classes an hour later. 7 p.m. Tuesday, at the Anderson, 709 NE 79th St., Miami; 786-401-6330; theandersonmiami.com. Admission is free. Ashley-Anna Aboreden

For an adults-only experience, head to Gold Rush for the cabaret’s Bad Santa Party hosted by Gino LoPinto. Damaged Goods and resident DJ Tonerock will helm the ones and twos, serenading the dancers and guests until the early hours. Food and drink specials will be available until the clock strikes 11. 8 p.m. Wednesday, at Gold Rush Cabaret, 7770 Biscayne Blvd., Miami; 305-631-2564; goldrushcabaret.com. Olivia McAuley

The Capital of Street Art. Without a plan Belgrade become THE place!

Painting and Spraying Belgrade facades become as usual as going to top up your gas tank. Belgrade didn’t have a strategy neither the plan to become the capital of Street Art. But it happened. People of Belgrade are under constant media attack. First strike comes from that whole world is against us. Then that world […]