The AirAsia airline units of Malaysia’s Capital A generated significantly stronger traffic in the second quarter to 30 June. 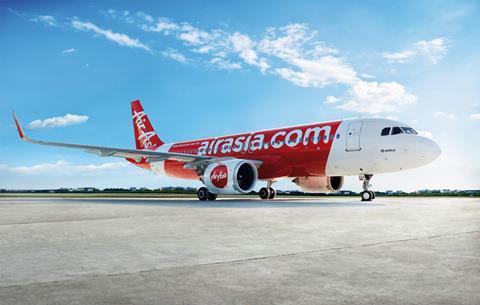 The overall number of passengers carried jumped over seven-fold from a year earlier with the lifting of restrictions related to the coronavirus pandemic, with load factors hitting 84%. This, says Capital A, signals that the “air travel revival is well underway.”

ASKs and RPKs soared during the quarter, with the unit operating 45 Airbus A320 family aircraft, up from five a year earlier.

AirAsia Indonesia also saw an improvement, with passengers carried more than doubling to 715,000, with load factors climbing 10 percentage points to 77%. ASKs and RPKs more than doubled.

Capital A adds that 159 international routes were relaunched in the quarter.

Formerly AirAsia Group, Capital A comprises the AirAsia family of airlines, the Teleport logistics unit, as well as the ‘airasia Super App’ and payment service BigPay.

United Airlines will expand its codeshare agreement with Singapore Airlines to include routes to 19 additional cities in the USA and Asia-Pacific region. The Chicago-based carrier says on 25 April that beginning this week United’s customers will be able to connect to nine new codeshare destinations on SIA flights. These include Brunei’s capital Bandar Seri Begawan, […]

View Aviation Jobs in Massachusetts Springfield, MA 2022-6-23 View and apply for aviation and aerospace jobs, send your resume and receive our jobs newsletter free. Avjobs is free for applicants, and – we offer advanced services to help you get to work faster. Avjobs has over 50,000 aviation companies and contacts in […]