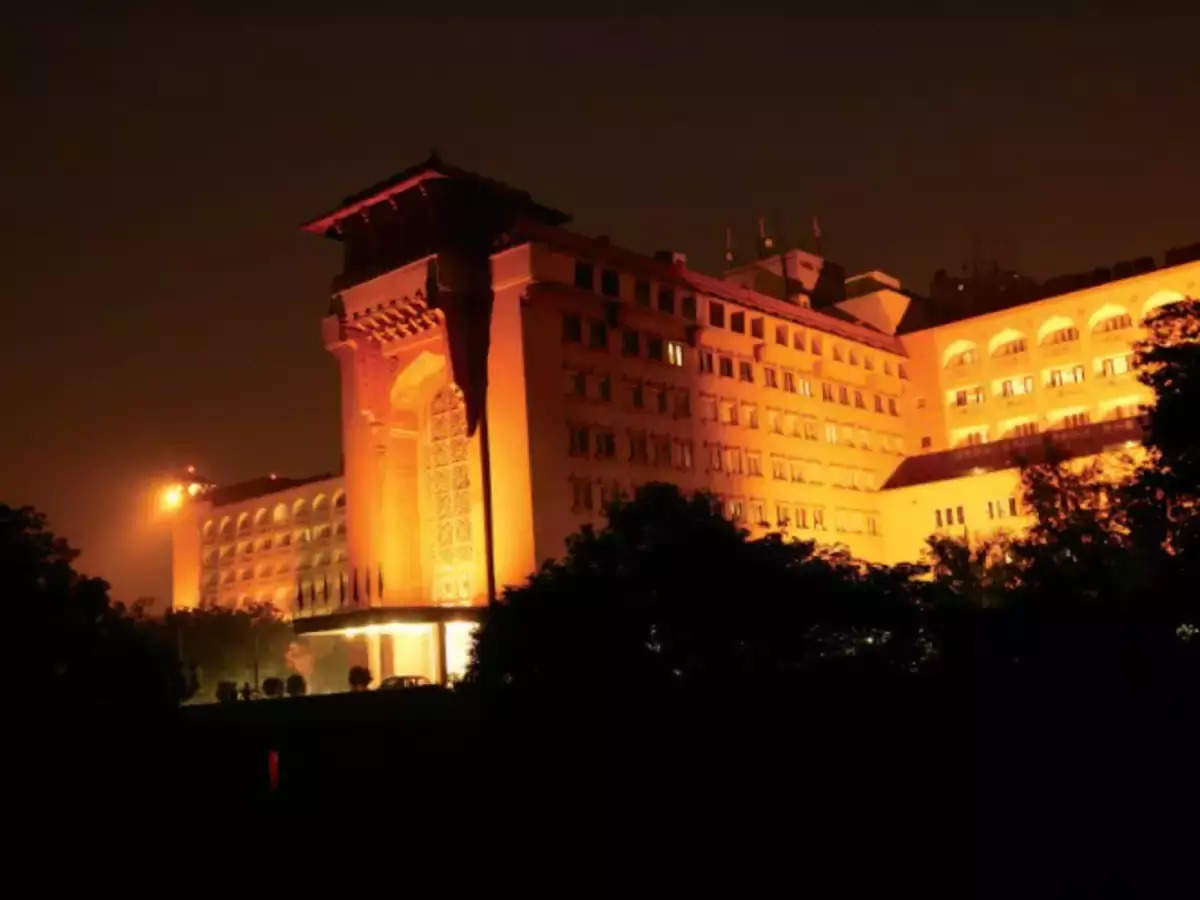 The Centre plans to transfer the iconic Ashok Hotel in Delhi to the private sector on a 60-year contract as part of its asset monetisation programme. It will further offer land parcels in the 21.5-acre complex for the setting up of a hotel or serviced apartments, among other development works.

Two land parcels are to be offered on a longer licence term of up to 90 years, sources familiar told TOI, adding that the plan is expected to be cleared by the cabinet shortly. The entire transaction is unlikely to be completed in the current financial year.

This parcel includes a 6.3-acre plot, classified as spare land, that can be used for the development of serviced apartments or a hotel and construction is proposed on the side facing the British High Commission. Another 1.8-acre plot is being offered for commercial development with a higher floor area ratio (FAR).

Under the Centre’s National Monetisation Pipeline the total indicative value of NMP for core assets of the Central Government has been estimated at INR 6 lakh crore over the 4-year period, FY22-25. Eight hotel assets of ITDC have been considered for monetisation during this period.

The remaining land may be offered to potential bidders and can be a part of the main hotel complex — an upside for the entity that bags the deal. The winning bidder may choose completely refurbishing, but will not be allowed to make changes to the exterior of the property. Like other PPP projects, the land will come back to the government on expiry of the licence.

An analysis by the tourism ministry suggests that there is vast commercial and revenue potential that has remained untapped. The hotel was included in the asset monetisation programme as its performance has remained below par compared with other five-star properties in the Lutyens’ area.

The hotel will be offered under the operate-maintain-develop model. Several attempts have been made in the past to sell the iconic hotel, but had to be abandoned due to a string of factors like labour issues, dues, and past contracts.

(With inputs from TOI)

Harvest is celebrated in the numerous states of India, with the ritual of breaking bread, or even rice, with near and dear ones. Food is often the epicentre of these celebrations. Four Seasons Hotel Bengaluru will have a generous buffet spread with dishes that reflect the various harvest-based creations spanning the country. The Hotel’s utsav […]

Prime Minister Narendra Modi has cautioned people against overcrowding at hill stations by throwing all caution to the wind in the name of tourism. Modi warned against the trend of revenge travel while addressing the Chief Ministers of the North Eastern States of India. While the impact of pandemic on tourism and business has been […]

Picture used for representational purposes. Sharing detailed explanation on requirements for travel and transit to India, the Director General of Civil Aviation (DGCA) has released updated guidelines for international visitor arrivals which will also come into effect from December 1. The government had issued revised guidelines for foreign travellers on November 28, keeping in view […]