Israeli flag-carrier El Al has turned in further evidence of a recovery trend in its operations, with a third-quarter pre-tax profit of $68 million.

It states that the business is benefiting not only from the summer season but also the lifting of travel restrictions and compulsory masking, and the cancellation of Covid testing requirements in Israel.

The airline says it has yet to return to the full scope of activity, with the current level at around 72% of the pre-crisis figure.

El Al attributes this partly to the slower re-introduction of crews to the fleet compared with the rate of demand.

Prior to the pandemic the airline was operating 43 aircraft but the current average figure is 38 aircraft.

El Al says it expects to re-introduce “most” of its aircraft next year.

Third-quarter operating revenues reached $626 million, compared with the level of $647 million in the same pre-crisis period.

El Al says that, despite the continued suppression of activity, the demand situation and increasing fares have enabled its revenues almost to return to pre-pandemic figures. 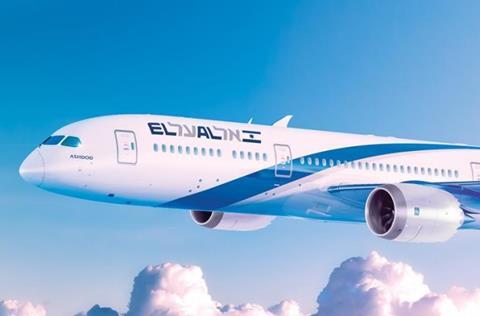 India’s Ministry of Civil Aviation has issued a new order allowing airlines to raise domestic flight capacity to 65% of pre-Covid levels, up from 50% in June. “Considering the increasing passengers’ demand for domestic air travel, the capacity of domestic civil aviation operations will be increased to 65% from 50% from the date of issue […]