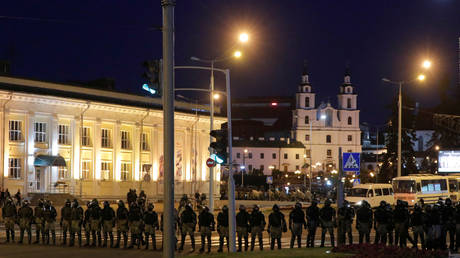 Sweden’s Foreign Minster Ann Linde said she has been invited to an extraordinary EU foreign affairs meeting on Friday to discuss potential sanctions on Belarus.

“This morning there has been a summons to an extraordinary EU foreign ministers’ meeting on Friday where we will discuss precisely this [sanctions],” Linde told Swedish radio in an interview on Wednesday.

When it comes to hair qualms — whether it’s damage, dullness, frizz or something else entirely — chances are you might be in need of some hydration. Fortunately, there are a lot of ways to help make sure your hair gets the TLC it deserves — conditioners, hair masks, hair oils and of course leave-in […]

Heat, humidity and tropical systems have been the nemesis of athletes during these Olympic Games, and the closing weekend will bring more of the same. While heat and humidity in Japan in July are common, these levels were above average. Tropical systems can also happen in July, but traditionally the peak months in Japan are […]

The US and Ukraine are in intensive discussions about a new round of security assistance tailored to combat a stepped-up Russian campaign in eastern and southern Ukraine, where the terrain is different than the war’s earlier main front, according to multiple US defense officials.  The package being put together may center around more drones and […]