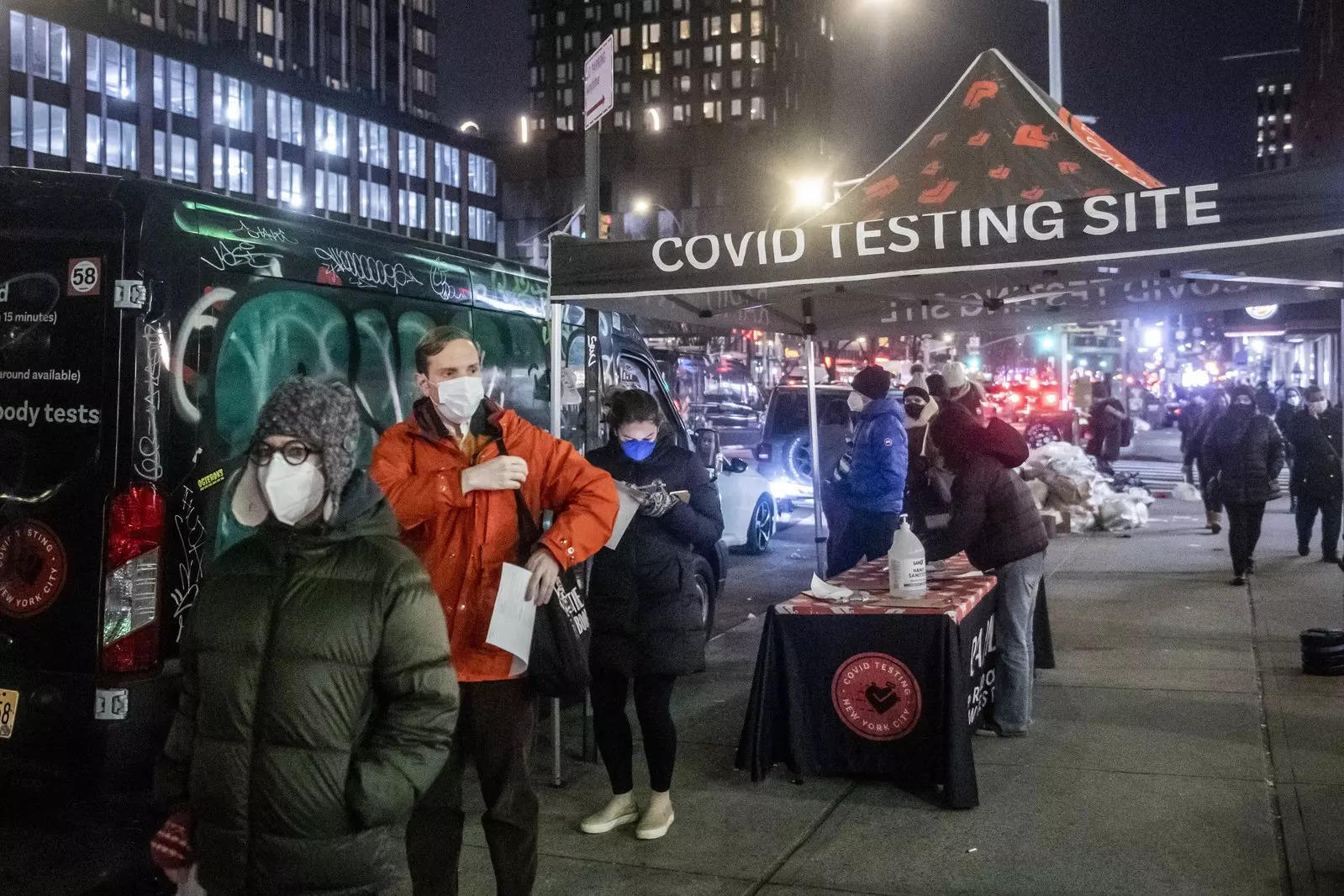 One positive aspect of the pandemic has been increased public understanding of epidemiology and even virus biology. However, there still seems to be significant confusion when it comes to Covid tests – particularly when or why each type of test can or should be used.

Recent changes to the UK’s testing rules have only added to this problem. As of early January, the UK government has reduced situations where it is necessary to take a PCR test in favour of greater reliance on lateral flow tests (LFTs).

Without a clear explanation, such changes risk seeming rapid and arbitrary, with the suspicion that they are based on just saving money. However, when assessing the strengths of each type of test, together with the present state of the pandemic in the UK, can we discern any scientific logic behind these changes?

Understanding the tests
PCR tests detect the presence of the Coronavirus’s genetic material (RNA) in a sample, and they are extremely good at doing this. But they do not show whether someone is currently infectious. A person may have recovered from Covid but still have small amounts of the virus in their system – hence recommendations not to repeat PCR testing within 90 days of a positive result.

LFTs instead measure whether viral proteins (called antigens) are present in a sample. They are only positive when a sizeable amount of virus is present. They therefore give a very good indication as to whether someone is currently infectious.

This difference between detecting the presence of the virus and whether someone is likely to be infectious is critical for deciding which test to use in any given situation. For instance, the recommendation to use LFTs twice weekly (or daily for some professions), regardless of feeling ill, makes absolute sense when trying to stop people who may have Covid – but no symptoms – from inadvertently spreading the virus.

On the other hand, if the intention is to confirm that someone definitely has Covid – for instance if they have cold-like symptoms that could potentially be caused by other bugs – then conducting a PCR test makes sense.

The ICMR Advisory on Purposive Testing Strategy for Covid-19 also said individuals undertaking inter-state domestic travels do not need to get tested either.

This difference can be further understood if you compare the tests performance over the course of a Covid infection. As a PCR test is about 1,000 times more sensitive than an LFT, it can detect Covid one or two days prior to the infectious period, and then for quite a long period afterwards as the body destroys the last elements of infection. LFTs tend to only give a positive result during the infectious period.

Reviewing the UK’s rule changes
So how does this help us understand the latest testing guidance? One major change announced just before Christmas is for people who have tested positive. Before they had to isolate for ten days. This has now changed:

This broadly makes sense. Negative LFTs on days six and seven should indicate if a person is past the peak of their infection. The change will prevent people from isolating when they are no longer infectious at a time when Omicron is pushing cases to record levels. The government is even considering whether it might be possible to shorten the isolation period further still.

However, shortening isolation is not without contention. LFTs are not 100 per cent accurate at identifying infectious people – a small number will test negative at day seven and still pose a risk. Note too that this guidance specifically references LFTs; a PCR test would still be positive so soon after catching the virus. A further change, in force from January 11 in England, is that people who test positive on an LFT should continue to isolate immediately but are no longer required to take a confirmatory PCR test.

The motive here seems to be to prioritise getting people who are likely to be infectious to isolate, but not worry about confirming that they definitely have Covid or which variant of the virus they have (PCR tests can also be used to distinguish between variants). Again, with infection levels so high, this seems like a sensible move that continues to contain transmission but also, maybe this time, saves testing resources.

Finally, fully vaccinated travellers arriving in the UK used to have to take a PCR test two days before travelling and another within two days of arrival. Now neither is required- people arriving just need to isolate for two days on arrival and take an LFT on day two (and if the LFT is positive, continue to isolate and take a PCR test).

The UK government is also lifting the requirement for international travellers to self-isolate on arrival in England until receiving a negative PCR test result. Instead, people can take a cheaper lateral flow test on day two of their entry into the UK.

Again, this makes sense – it will identify infectious people and get them to isolate, but it won’t needlessly limit those who have recently got over Covid but would still test positive using a PCR. The requirement of a follow-up PCR test if the LFT is positive potentially allows for authorities to see what variant of the virus it might be (as there’s always the possibility that new variants will arrive from abroad).

But for travellers who are not fully vaccinated, the rules are different. They still need to take the more sensitive PCR tests prior to travel and on days two and eight after arriving. This decision is slightly harder to understand, because while vaccination protects people from getting seriously ill, it isn’t highly effective at stopping people catching the virus, particularly with the Omicron variant.

The logic of more stringent testing of the unvaccinated when omicron is so broadly infectious is therefore unclear. It may be that this decision is more a tactic to try to convince more people to get vaccinated, rather than being a decision based on an entirely scientific rationale.

An analysis by global information and insights firm, TransUnion has revealed that the fraudsters in India are refocusing their efforts to the travel and leisure, communities (online forums) and logistics industries from financial services. The conclusions are based on intelligence from billions of transactions and more than 40,000 websites and apps having traffic coming from […]

In this Sept. 14, 2017, file photo, a banner erected by the Indian army stands near Pangong Tso lake near the India-China border in Ladakh area Indian citizens visiting tourist hotspots in the ‘protected’ areas of Ladakh, some of which are in forward areas, will have one less paperwork to deal with. The administration has […]

Delta has published its financial results for the third quarter of 2021, with revenues reaching two thirds of 2019 levels. The carrier reported a third quarter profit of $216 million, excluding some $1.3 billion in payroll support from the US government. Delta said that domestic and Latin American markets had continued to lead the recovery, […]