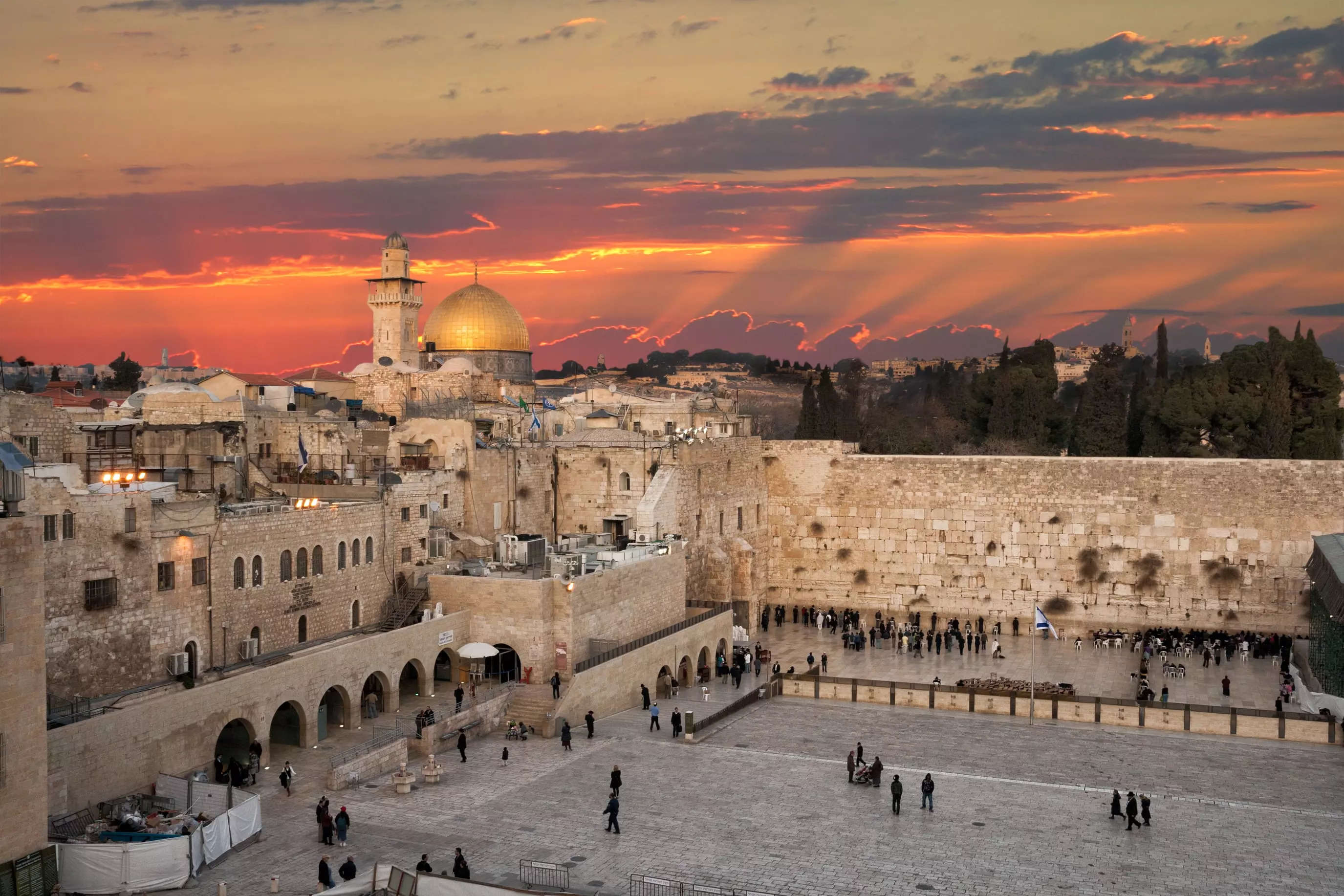 Israel opened up to vaccinated visitors Monday after 20 months of closure, with Jews and Palestinians reliant on tourism voicing cautious hope the pandemic’s economic devastation will gradually ease.

Rami Razouk, a Palestinian souvenir shop owner in Israeli-annexed east Jerusalem’s Old City, said he was “very happy” at the prospect of increased revenue, but conceded his store was not quite ready for an influx. “Everything is dusty,” the 35-year-old told AFP. “We have a lot of work to do.”

Razouk and top Israeli officials said that Monday marked a partial re-opening, and that it would be premature to immediately expect busloads of tourists to start spending across the region. “We are far from the (complete) opening of the skies,” Jerusalem deputy mayor Fleur Hassan-Nahoum told reporters, saying it will become clearer in coming weeks how many tourists will visit under current rules.

As of Monday, foreigners can enter Israel with a negative Covid test from the previous 72 hours and if their last vaccine dose was administered less than six months ago. Unvaccinated children remain subject to quarantine rules. “It’s not going to happen in one day or two,” Razouk said, lamenting a long period with almost no sales. “It will take time.”

Starting from November 1, Israel will be reopened to tourists fully vaccinated against Covid-19, according to a plan jointly drafted by Prime Minister Naftali Bennett’s office and the Ministries of Tourism and Health.

Tourism hard hit
Before Israel imposed the first of several Coronavirus closures in March 2020, tourism was growing at a galloping pace in a region home to countless religious sites sacred to Muslims, Christians and Jews.

A record 4.6 million people visited in 2019, an 11 percent increase on 2018, generating revenue of 23 billion shekels (USD 7.3 billion), or 1.5 percent of Israel’s GDP, the ministry said. “The tourism industry had been driving 200 kilometres an hour, and we stopped suddenly because of Covid,” Tourism Ministry Director General, Amir Halevi told AFP Monday.

As expected, business from foreign tourists has plummeted since. Despite Monday’s opening, just 1.5 billion shekel in revenues is expected this year.

Ezechiel Grinberg, a Jerusalem-based independent tour guide, told AFP he survived on minimum wage government subsidies for nearly 18 months. “It’s great as a (tourism) professional,” that visitors are starting to come back, he said. But he voiced concern that burdensome entry requirements will still suppress his income.

Nader Zaro, a Palestinian who owns a coffee shop on the Old City’s Via Dolorosa (Path of Sorrow), seen by many as the route Jesus was forced to walk to his crucifixion, said he needed “normal tourists” to come back.

Israel has allowed in select tourist groups under special arrangements, but Zaro explained such groups don’t help small operators like him. “Everyone wants to catch them,” Zaro said. “There are big sharks and small sharks… and big sharks eat all. Me, I’m eaten.”

Entry will be granted to travellers, including children, who recovered from Covid-19 in the six months prior. Anyone who recovered earlier will also be admitted if they received least one vaccine dose approved by the World Health Organization.

Authorities launched an aggressive campaign to inoculate citizens with a third, booster shot of the Pfizer-BioNTech vaccine, which drove down infections. Following widespread data that the Pfizer-BioNTech’s protection wanes six months after the last jab, Israel has put recent vaccinations at the centre of its reopening strategy.

Among those who landed at Ben Gurion airport near Tel Aviv on Monday was American Lauren Solsberg, who said she had to get a booster to meet entry requirements. “It was down to the last minute before we knew that we were going to come,” she said.

The announcement by Union Finance Minister, Nirmala Sitharaman, yesterday, that the country will waive visa fees till March 31, 2022 for the first 5 lakh applicants, has had a positive impact on the distraught tourism industry. The badly hit tourism industry has woken up to welcome this move wholeheartedly, taking it as a positive indication […]

Travellers arrive at the airport, as Phuket reopens to overseas tourists. REUTERS/Jorge Silva Newly-arrived overseas tourists on Thailand‘s island of Phuket were able to roam free without quarantine on Friday for the first time in more than a year, as Thailand launched a special program for vaccinated visitors to the island. Tourists swam in hotel […]

Eligible tour guides and tour operators from the North East of India and those belonging to Jammu & Kashmir, Ladakh, Andaman & Nicobar and Lakshadweep will get an additional 25 per cent guarantee cover from from the National Credit Guarantee Trust Company (NCGTC) for the Loan Guarantee Scheme for Covid-affected Segments of Tourism Sector (LGSCASTS) […]