Irish-based lessor Avolon has nominated Andy Cronin as chief executive, succeeding Domhnal Slattery who is stepping down from his position.

Cronin is the chief financial officer of Dublin-based Avolon, and has been unanimously appointed as chief executive designate by the board.

Slattery was the founding chief of the leasing firm, which emerged in 2010, and has served in the top post for 12 years.

Over the period the lessor has expanded significantly, acquiring leasing firm CIT in 2017, and becoming a prominent brand, with an owned, managed and committed fleet comprising more than 850 aircraft.

Avolon says Slattery elected to step down to pursue “a range of other interests” in a non-executive capacity. 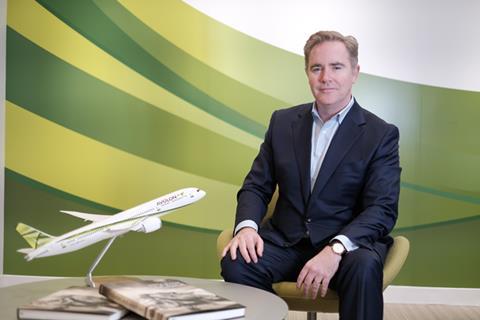 “Our ambition was to build a global leader with a team which would be recognised as the industry’s best,” Slattery says. “We have achieved that.”

He will work with Cronin – who was also part of the founding team, and became president in July last year – over the next few months to ensure a smooth transition.

Avolon has named its chief commercial officer, Paul Geaney, to the role of president with immediate effect.

Challenges remain as Boeing looks to future at Farnborough | Interview

When Boeing last arrived in the familiar settings for the Farnborough air show four years ago, few could imagine what the following years would have in store for the manufacturer, its customers and the industry overall. Back then, Boeing’s commercial division was riding high, closing 2018 with a record of more than 800 deliveries, a […]

European researchers have concluded that regulations and policies currently being debated which are designed to reduce the environmental impact of aviation could significantly lower the sector’s carbon dioxide (CO2) emissions by 2050. Funded by the EU’s Clean Sky 2 programme, the GLIMPSE 2050 – or global impact assessment of regulations and polices for sustainable aviation […]