That’s what witnesses say a 19-year-old Miami man exclaimed after he allegedly bit off the tip of a security guard’s left ring finger, according to a Lee County Sheriff’s Office incident report.

Shortly before 1 p.m. this past Monday, January 10, two security guards at Health Park Hospital in Fort Myers attempted to subdue an emergency room patient named Dillon Metoyer, who became agitated after nurses instructed him to stay in his hospital bed. More than once that day, the report says, security responded to Metoyer’s room because he was “acting erratic and appeared very angry” and had been lashing out “belligerently” toward staff.

Metoyer “clenched his fists and began aggressively approaching” the guards, headbutting one of them. The other had been struggling to place Metoyer in restraints when, according to the report, “Metoyer bit his left finger.”

Deputies later “observed that the tip of the victim’s finger left ring finger [was] bitten off.”

A witness said there was “blood all over the room.” 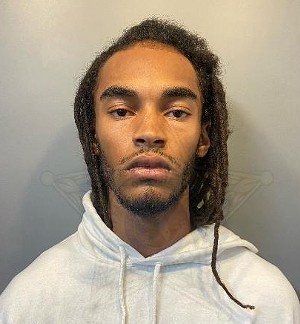 Dillon J. Metoyer, 19, was arrested on a felony battery charge after allegedly biting off part of a hospital security guard’s finger.

Following the incident, a staff member cleaning the room “was having trouble finding the piece of the finger,” the report notes. Metoyer was then “asked if he had swallowed the finger, to which Metoyer stated he did not and [had] spit it out.”

The fingertip was later found inside a piece of a glove he’d been wearing at the time.

Metoyer was arrested and charged with felony battery and simple battery. A Lee County circuit court judge set his bond at $15,000. He posted bail and was released the following morning, jail records show.

According to the report, the injured guard intends to press charges. A Lee County Sheriff’s spokesperson could not tell New Times whether the severed part of the guard’s finger was reattached.

New Times called the number listed on the incident report of Metoyer’s “nearest relative.” The woman who answered declined to comment.

click to enlarge As coronavirus cases rise toward 2020 levels in Miami-Dade County amid a new surge in infections around the state, employees at the Federal Detention Center (FDC) in downtown Miami warn of a possible new COVID-19 outbreak that could pose a threat to inmates, staff, and the public. In […]

The sounds of a dutiful guard dog can be heard from the other side of the door to artist Jessy Nite’s home studio in Little Haiti. A cream-color canine, Jane circles Nite before sitting by her side. The 34-year-old artist herself sits at her desk. Behind her hangs a newly completed tapestry: strands upon strands of paracord, […]

Before Condo Collapse, Surfside Was Rife With Political Squabbles