Skip to content
It’s not easy having eyes all over the scene, being around to take in all the wild visuals at all the worthwhile places in the city. There are, however, those parties and gallery openings where a fortunate photographer can point and shoot. Every week, in collaboration with World Red Eye, New Times brings you a solid recap of all the recent experiences you might’ve missed around Miami. It’s impossible to be everywhere, but, hey, we can try to keep our Eyes on Miami.

On Saturday night, Anitta showed off her exotic Brazilian moves during her performance at the Oasis Wynwood, where she had everyone feeling the heat and wanting more.

There was no limit to G-Eazy‘s energy on Saturday night when he took over E11even and got partygoers hyped up for the weekend with his incredible performance.

The Latin Billboard Awards Official After Party at LIV on Thursday night brought out the biggest names in the game, as celebrities from all over headed to the South Beach nightclub to celebrate.

Bentley Motors and Braman Bentley Miami welcomed world-renown artist, Romero Britto, as he received the Continental GT Convertible that will soon become the canvas for his next colorful masterpiece.

French Montana had Story turning up on Saturday night with his lit performance, alongside DJ Nasty and H Dot who kept the vibes going from the booth.

Things heated up at Mayami on Saturday night, as partygoers lit up the club with bottle sparklers and danced the night away under the restaurant’s epic neon lights.

On Friday night, Haus of Hyde at Hyde Beach was in full effect as the venue vibrated with great music and unique performers that set the vibe for a memorable evening.

Villa Azur‘s Thursday night dinner party was an unforgettable experience, as guests dined and danced the evening away to amazing music and live entertainment all throughout the restaurant.

No boyfriend? No problem. On Wednesday night, all the ladies headed to Bâoli‘s notorious mid-week dinner celebration, where they partied the night away with no boyfriends in sight. 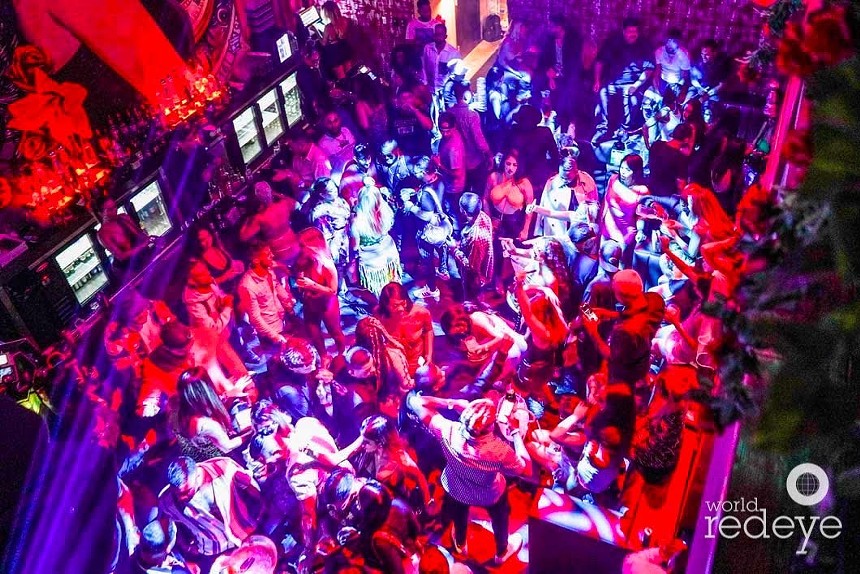 Partygoers headed to Eme on Wednesday night for a midweek celebration like no other, where they popped bottles and danced all night long.

On Thursday night, partygoers headed to Mynt for some late-night fun, as they danced the night away under the neon lights to music by DJ Axel Beca.

Tastemakers and sun-seekers enjoyed an idyllic Saturday at Kiki on the River’s weekly Into the Sunset party, where they sipped delicious cocktails and enjoyed the elevated vibe all afternoon.

Guests headed to Marion on Thursday night for their famous weekly soirée where everyone enjoyed live entertainment, delicious food, and non-stop partying.

click to enlarge Union Kitchen & Bar cofounders, husband-and-wife team Roberto Colombi and Christie Tenaud. Photo courtesy of Union Kitchen & Bar Miami’s latest round of restaurant openings includes a new location for Bodega, the opening of Lur at Time Out Market, and the first of several […]

Miami’s Allapattah neighborhood is about to welcome a new resident: a Florida-inspired craft spirits distillery. Tropical Distillers will set up shop at 2141 NW Tenth Ave. in December as the headquarters of J.F. Haden’s Craft Liqueurs. The brand’s portfolio includes a small-batch mango liqueur and its newest offering, citrus liqueur. Both are made with Florida-grown […]

August 12, 2021 Click here to Book Get the crew together—it is time for her wildest night yet! Howl at the Moon throws the most unforgettable bachelorette parties in all of Orlando, whether it is the closest of crews or the entire town needs to be on alert. With thrilling live music throughout the night […]