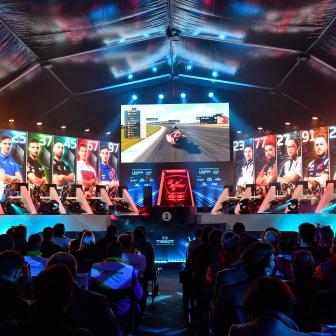 After a season of virtual events, the final round of the 2021 Global Series will be hosted and broadcast live alongside the Valencia GP

Time to take the plunge: How to master the Red Bull Ring!

But the Red Bull Ring presents a unique challenge. First of all, it’s the fastest track on the calendar in terms of average speed: the lap record stands in at 1m 23.827s, over 4.3 kilometres an average speed of 183.2kph, some four faster than Phillip Island, the next quickest layout. Riders are believed to be […]

Bottas ended the day fastest after edging out Mercedes teammate Lewis Hamilton by just 0.027s in second practice, nearly three-tenths clear of Red Bull’s Max Verstappen. Track temperatures soared at over 60 degrees Celsius at times on Friday but Bottas was happy to be able to unlock some competitive pace from his Mercedes, despite warmer […]