Skip to content
Ananya Chatterjee is shocked and furious. A national news outlet, on Friday, used his picture in a news article that was supposed to be about the senior actress Ananya Chatterjee who passed away due to a lung infection. This namesake led to mass confusion on social media while Ananya’s close ones were so worried that her phone didn’t stop ringing since Friday morning.

Later the National Award-winning actress took her social media handle to assure everyone that she is safe and it is the senior Ananya Chatterjee who has died. The ‘Abohoman’ actress also took a dig at the news outlet that used the wrong picture and even did a mistake in the headline as well. However, after the backlash, the article was removed from the website. 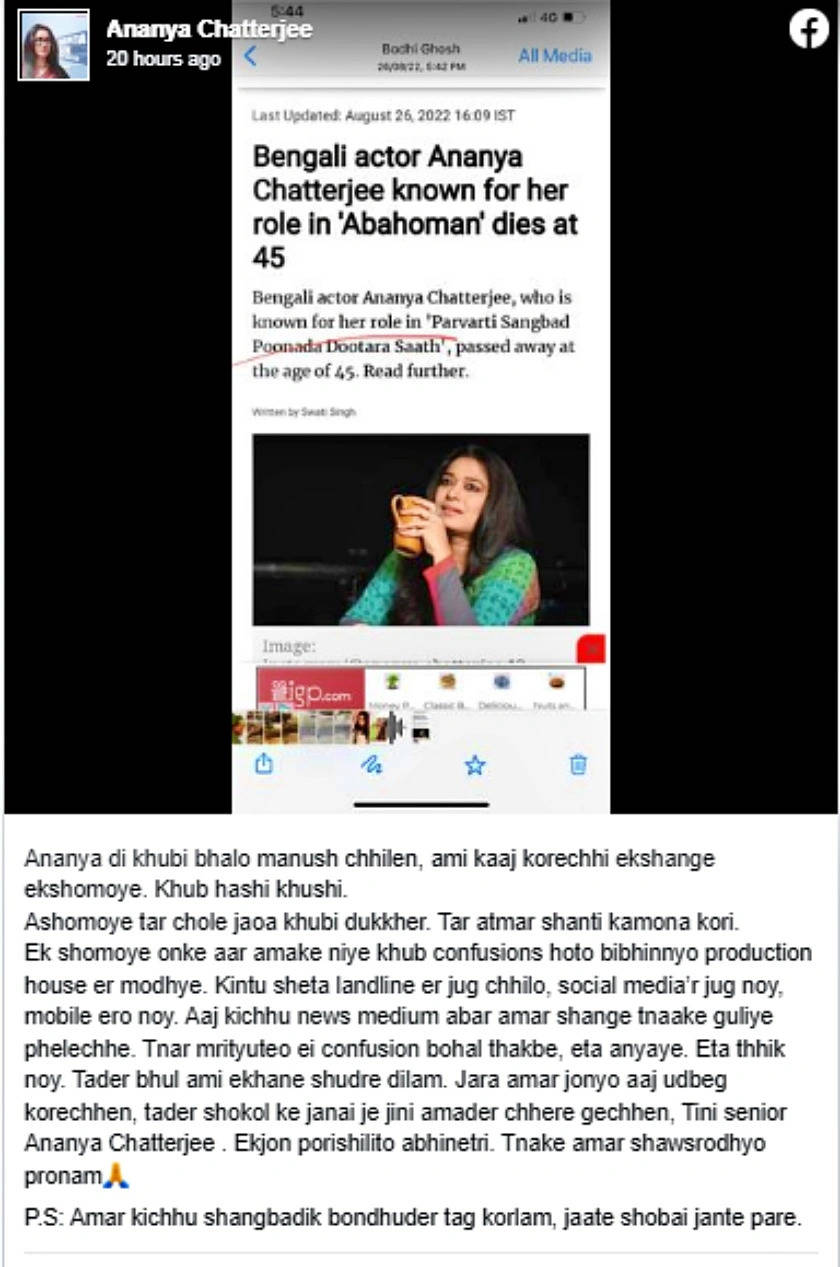 Meanwhile, Ananya Chatterjee, the senior actress, who breathed her last on Friday morning was well known for her natural acting in several TV serials along with a few Bengali films. According to the reports, she was admitted to a hospital for a lung infection and was taking treatment for the same. As soon the news was out, her fans and friends from the industry paid her heartfelt tributes.

NEW DELHI: Following the change of trend in the country’s football administration, Indian hockey too has got its first player-president, with former national captain Dilip Tirkey being elected unopposed to the post of Hockey India (HI) president. Tirkey spoke to TimesofIndia.com about his new post that comes with new challenges. The HI elections were due […]

3rd wave could be less severe than 2nd one: ICMR’s Panda | India News

PUNE: With recent projections that the third wave of the coronavirus pandemic could hit anytime between September and October, the Indian Council of Medical Research (ICMR) projects that it could be less severe than the recent second wave. Dr Samiran Panda, head of ICMR’s Epidemiology and Communicable Diseases (ECD) division, said that nobody can predict […]

Last month, the government had announced the Agnipath scheme, under which youth between 17-and-a-half and 21 years would be inducted into the armed forces for a four-year tenure, with a quarter to be subsequently inducted into regular service. Several state governments have announced a special drive to recruit the ‘Agniveers’, while the ministry of home […]