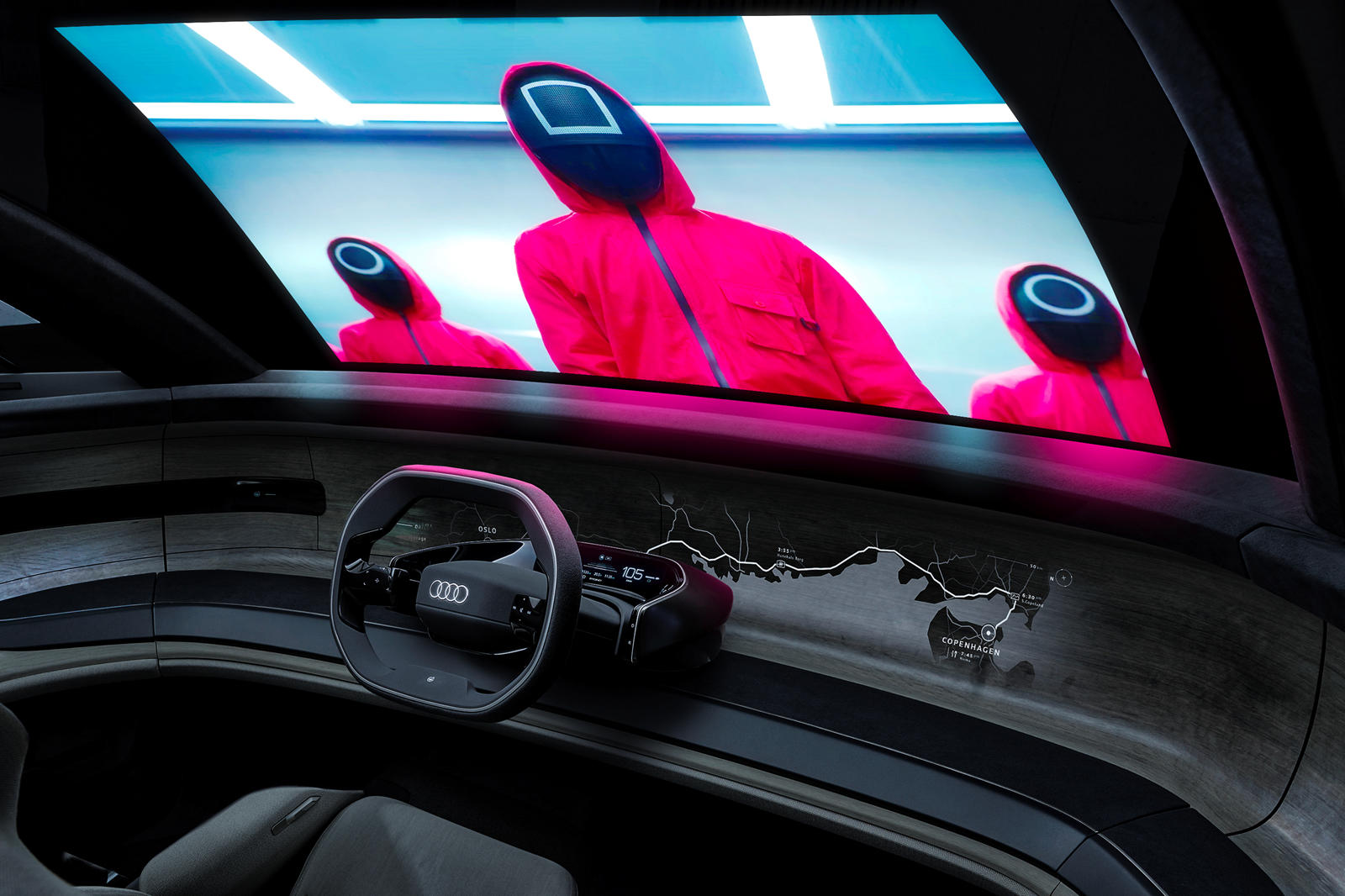 This self-luminous screen is bent or folded at an angle of fewer than 180 degrees for one viewing angle and over that number for another angle. Whichever angle you’re viewing from, a shielding unit can block light. What this could mean is that the driver could have a much more advanced version of today’s typical head-up display while the passenger could watch a film or other media on a full screen. The position of the viewer in the car would determine what that person sees, so neither the driver nor the passenger is distracted by what the other individual is watching. This could make journeys much more enjoyable for passengers and much more informative for drivers. When autonomous vehicles arrive, as foreshadowed by the likes of Audi’s Grandsphere concept, all occupants could take advantage of in-car entertainment on a previously unseen scale.

If this invention is pursued, it’ll likely only arrive in at least a decade, so don’t expect to see it on the next Audi A8.

Zeelander reveals the first details of its new model, the Zeelander 5

Zeelander After the award-winning Z44 model, Dutch yachting masters Zeelander has revealed the first image of a brand-new project set for launch in early 2022. Similar to its predecessor, the Zeelander 5 features the brand’s famous flowing lines. But it also showcases a new level of interior design and volume throughout its 48 feet length. […]

the most extreme Pagani Hypercar yet

Pagani Automobili Known for high-caliber designs, Pagani Automobili S.p.A. is an Italian manufacturer of sports cars and carbon fiber components. The company was founded in 1992 by the Argentinian Horacio Pagani and is based in San Cesario Sul Panaro, near Modena, Italy. Pagani is an atelier that believes building complex cars rich with technological and innovative solutions […]

Ronnie Fieg announced early this month a Kith flagship in Hawaii was opening soon. And today, Kith revealed images of a special Nike Air Force 1 created to commemorate the opening. The Kith for Nike Air Force 1 “Hawaii,” which is inspired by the map of Hawaii, is executed with white leather uppers that are paired […]