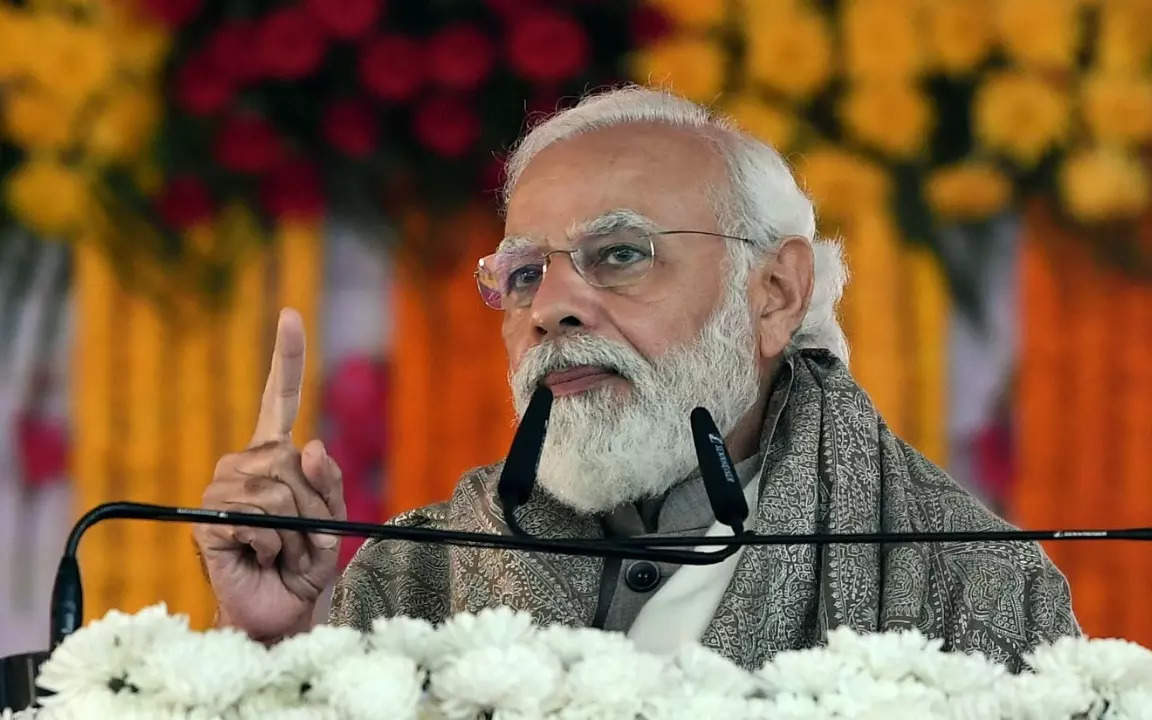 Inaugurating and laying the foundation stone of developments projects worth INR 17,500 crores in Haldwani, Uttarakhand, Prime Minister Narendra Modi said that new rail routes, roads, ropeways, and homestay facilities will bring tourists to Uttarakhand for a rejuvenating experience. He also reiterated that commitment and efforts are being made to strengthen connectivity in the hilly state.

“We will inaugurate roads, railways projects, hydropower projects, facilities for tourism and homestay in Uttarakhand. The projects inaugurated today will provide better connectivity and amenities that will enhance the ease of living of citizens of the state. Continuous efforts are being made to strengthen connectivity in Uttarakhand. The rail routes, roads, and ropeways being developed will bring tourists to Uttarakhand,” said the Prime Minister in his addressal.

On the occasion, the Prime Minister also launched road sector projects worth INR 8,700 crore, that are aimed at improving connectivity in the state including improved connectivity to the Kailash Mansarovar Yatra. He also mentioned that the development of the tourism sector and the attraction of visitors to Yoga will be a game-changer for the state.

“The capability of the people of Uttarakhand, recent development in rail services, the launch of new hydro projects, development of the tourism sector, Char Dham project and attraction among the countries for ‘Yoga’ will make this decade, the decade of Uttarakhand,” said PM Modi.

Under the PM Gram Sadak Yojana, the work of constructing 1,200 km of rural roads has also started in the state. Apart from these roads, 151 bridges will also be constructed in Uttarakhand. The Prime Minister said the Central Government has also set up India’s largest optical telescope at Devasthal in Nainital.

Dubai earned a reputation for delivering luxury for those with cash to splash years ago, but amid the Covid-19 pandemic, a new mode of travel has become popular — yachts. “It’s more private, you’re with only family and friends, and it’s the ideal outing during a pandemic,” said Nada Naeem, a 36-year-old Saudi citizen living […]

A Unforgettable Oasis in the Historic Heart of the Dubrovnik

Whitney Spielfogel Croatia is having a moment. Strewn with stunning landscapes, enchanting islands, and sun-drenched towns, this country is not to be missed. Surrounded by the glistening Adriatic Sea, the international city of Dubrovnik has its fair share of idyllic beach coves, sensational cuisine, and remarkable history. Today it’s become a go-to destination when it […]

Soon to be disinvested national carrier Air India has made an announcement which will bring relief to international travellers of East India travelling to Thailand. The airline has decided to extend the Kolkata-Bangkok flight, which was earlier scheduled to run till December 29, 2021. The same flight will now be operational till March 23, 2022, […]