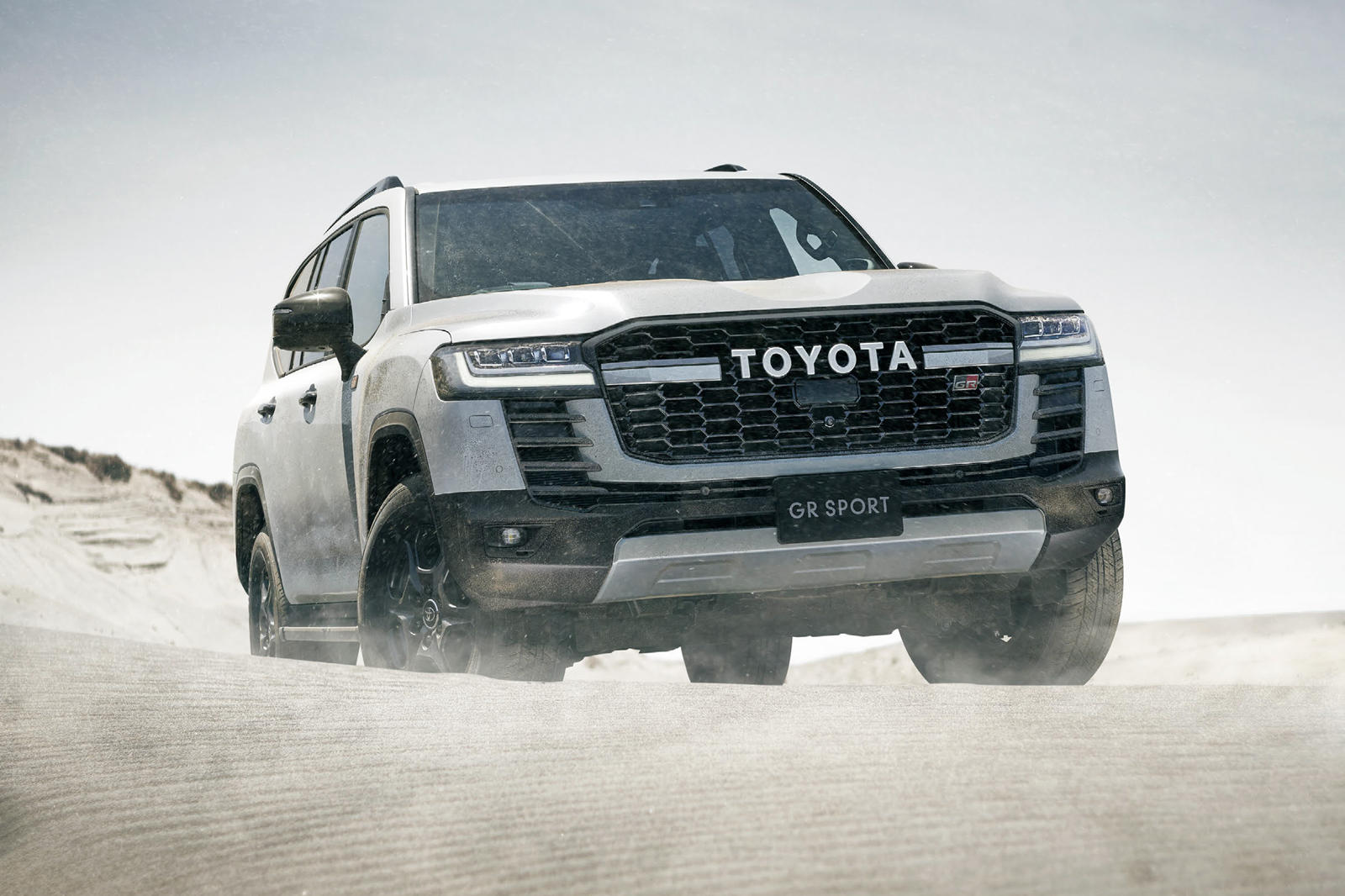 Whereas the GR badge signifies enhanced on-road performance in the case of the Supra and wildly popular GR Yaris, the Land Cruiser GR Sport is an even more formidable off-roader than the regular 300 Series.

Many of the other technical specifications that apply to the entire 300 Series lineup are already known, such as the implementation of a 3.5-liter twin-turbo V6 and a 3.3-liter twin-turbo diesel. There are some nifty new features too, such as a start switch with fingerprint recognition, the first time this technology has been used on any Toyota.

Other highlights include an available rear Torsen LSD to improve rear wheel traction, a body that’s around 441 pounds lighter than before, a multi-terrain monitor, and a Multi Terrain Select system with six driving modes, including Mud, Deep Snow, Rock, Sand, Dirt, and Auto.

Along with clever platforms that promise fantastic handling and excellent modularity, BMW is also doubling down on sustainability, forensically examining every element of a car to maximize the use of secondary (recycled) materials like steel, plastic, and aluminum. Furthermore, BMW is working to ensure that these materials can be more easily processed when a car […]

2022 UAEF Champions League Final is a rematch of the 2018 match won by Real Madrid Getty Images As the anticipation builds towards the UEFA Champions League final in Paris Saturday, underdog Real Madrid is taking nearly 60% of the bets and money to top favored Liverpool at a number of leading online sportsbooks. Europe’s […]