Although the 50th anniversary of Nike’s Swoosh logo has just passed, the sportswear brand still has some releases lineup to keep the celebration going. The “First Use” pack continues to extend as Nike adds an Air Force 1 Shadow to the celebratory collection.

The women’s-exclusive Air Force 1 variant sees its signature exaggerated overlays take on a variety of colors that offset a clean off-white base. While grey, green, and orange leathers dominate the toe and lacestays, the hindfoot sees a suede soft coral overlay instead. Suede is also applied to the heel tab, which features Nike’s archive cursive logo. This logo can be seen on the tongue label as well. As for the profile Swooshes, blue leather is used on both sides although the lateral side sees a green Swoosh printed underneath for an overlapped look. Furthermore, a green and orange rubber overlay adds additional pops of color to a stark white midsole. A gold Swoosh lace dubrae and insoles featuring the logo’s debut year are the final touches that mark the model’s placement within the “First Use” pack.

Take a closer look at the AF 1 Shadow below, which will hit Nike.com in the coming months at a price of $110.

For more by the Swoosh, check out the mix of pastels on an upcoming Nike Air Max 96 II. 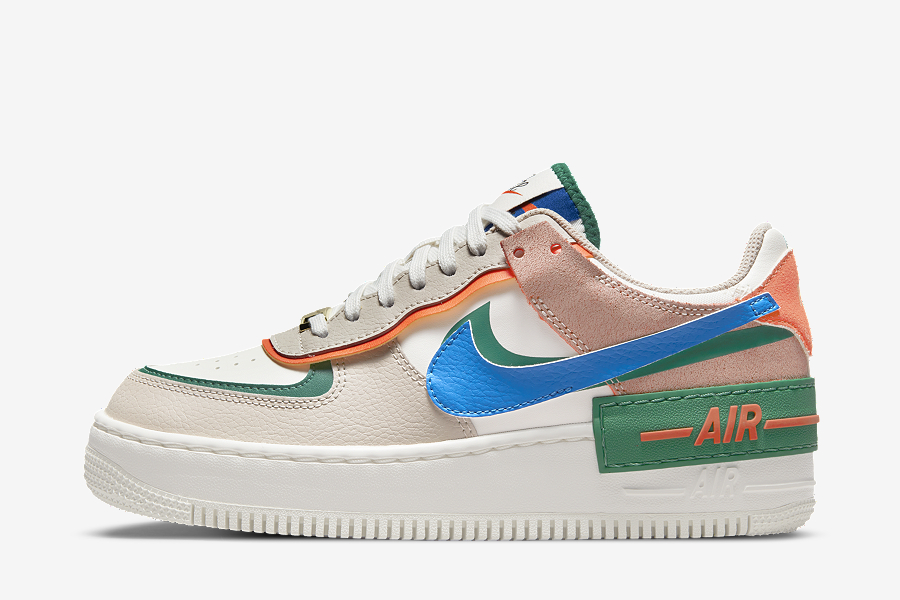 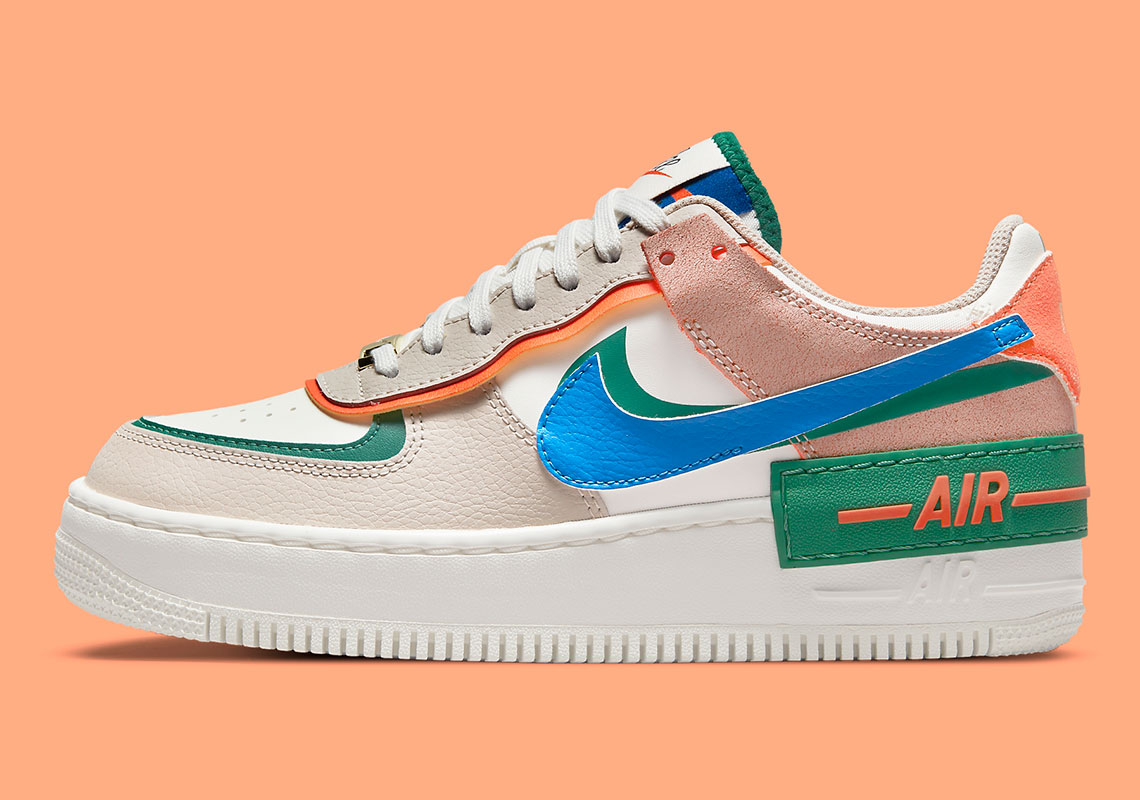 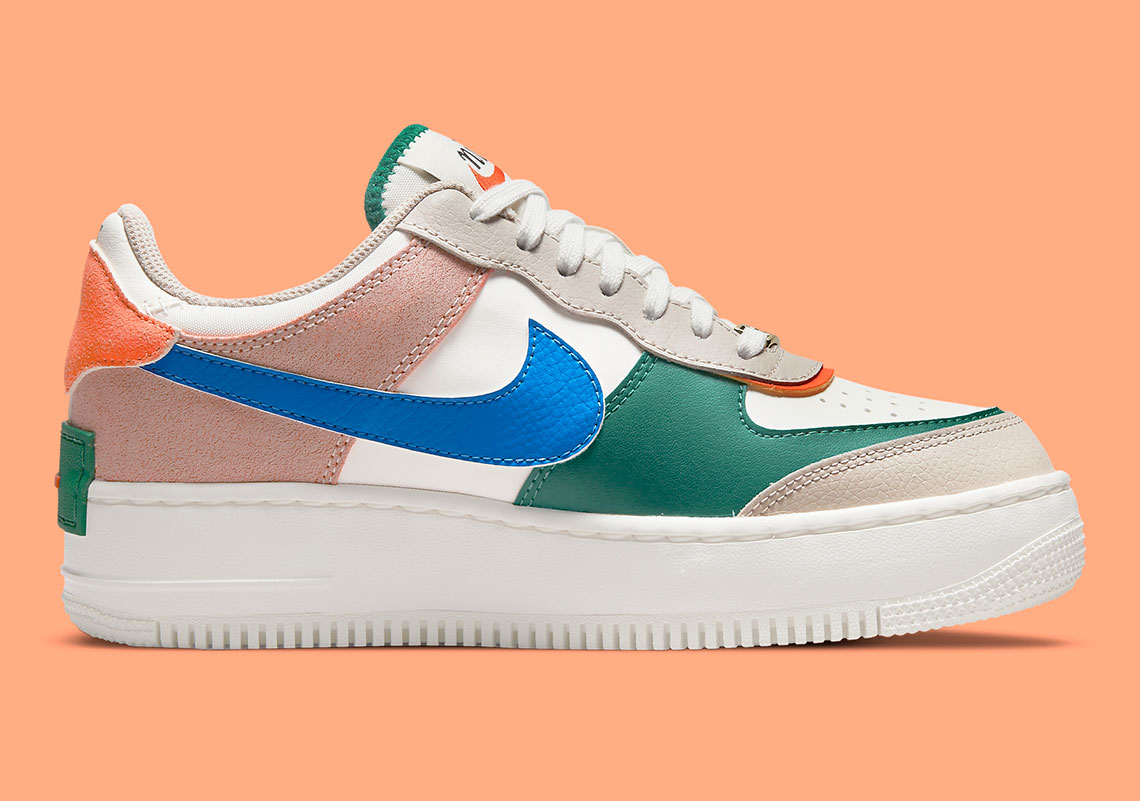 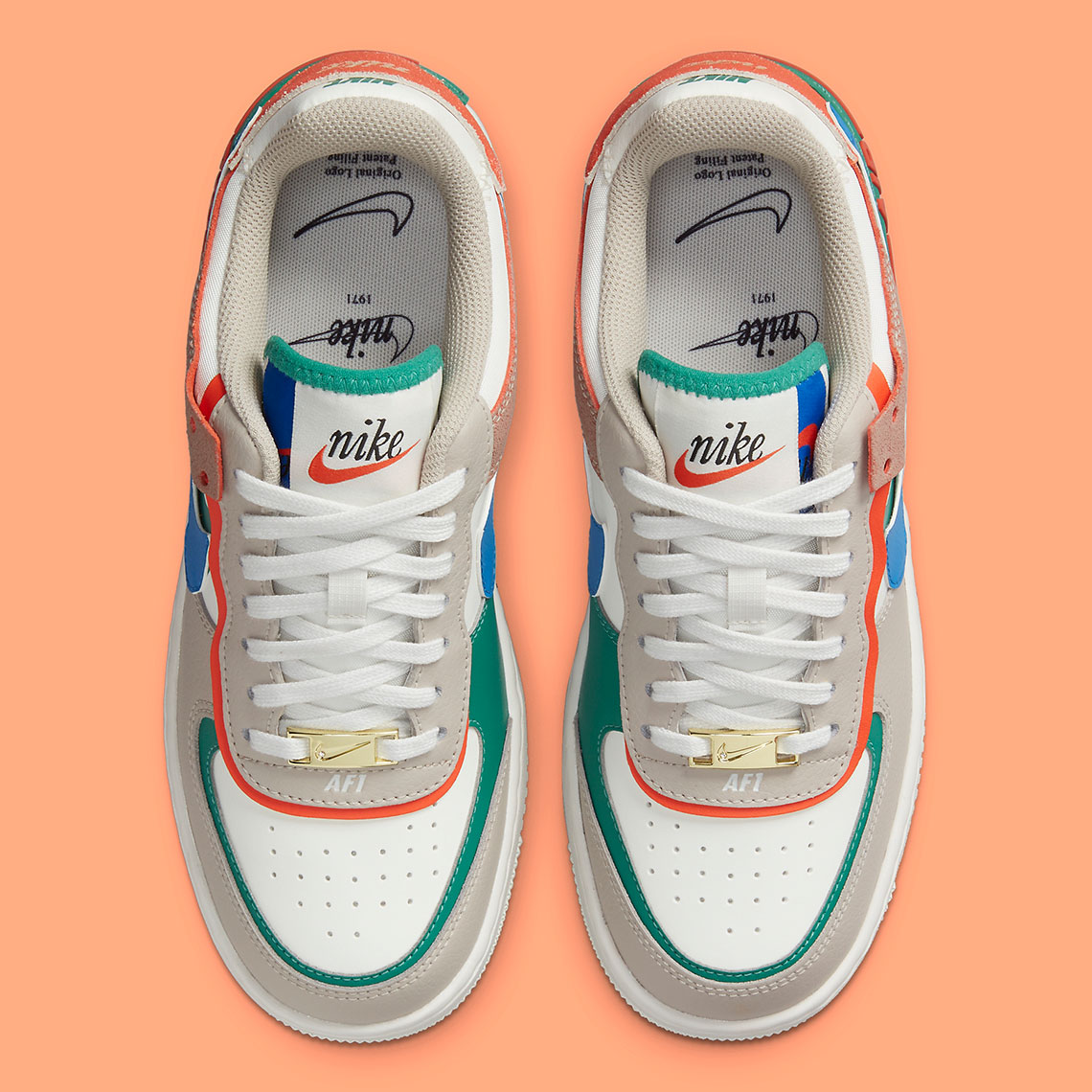 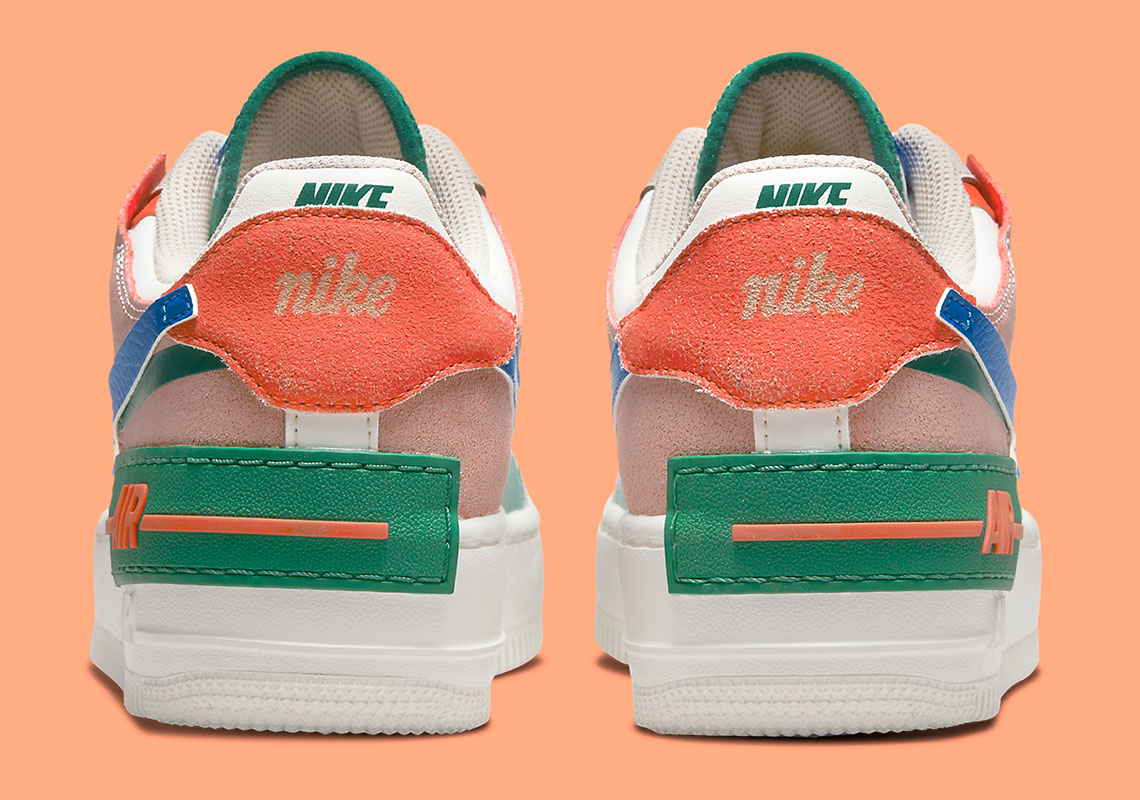 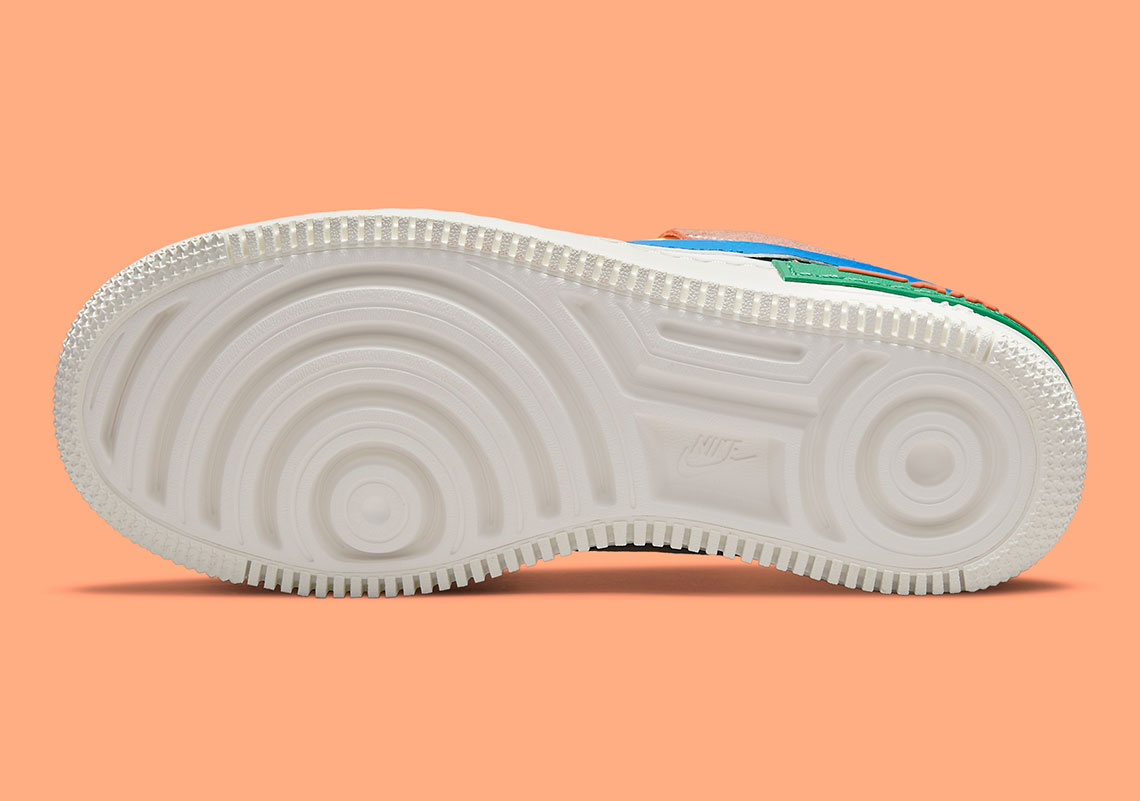 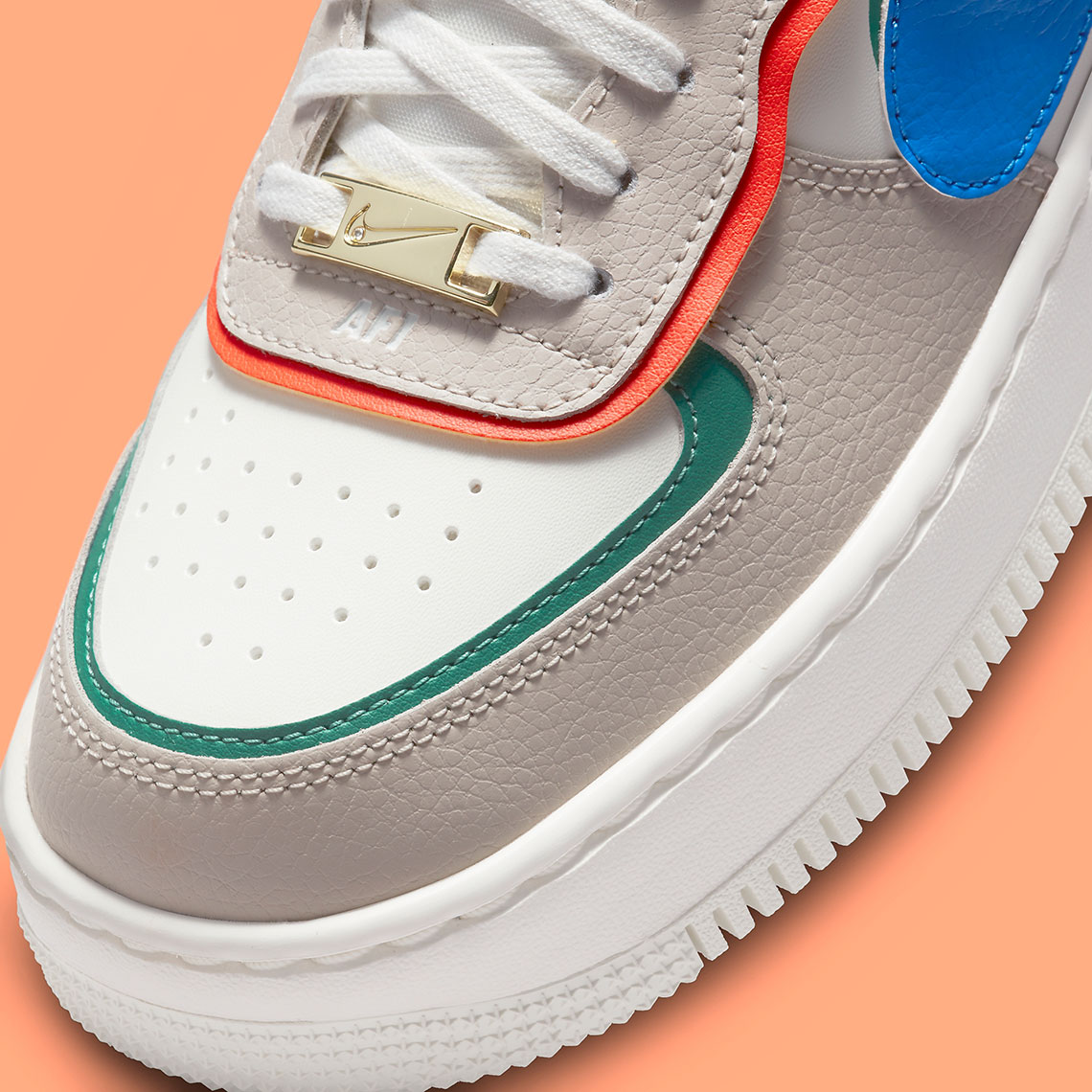 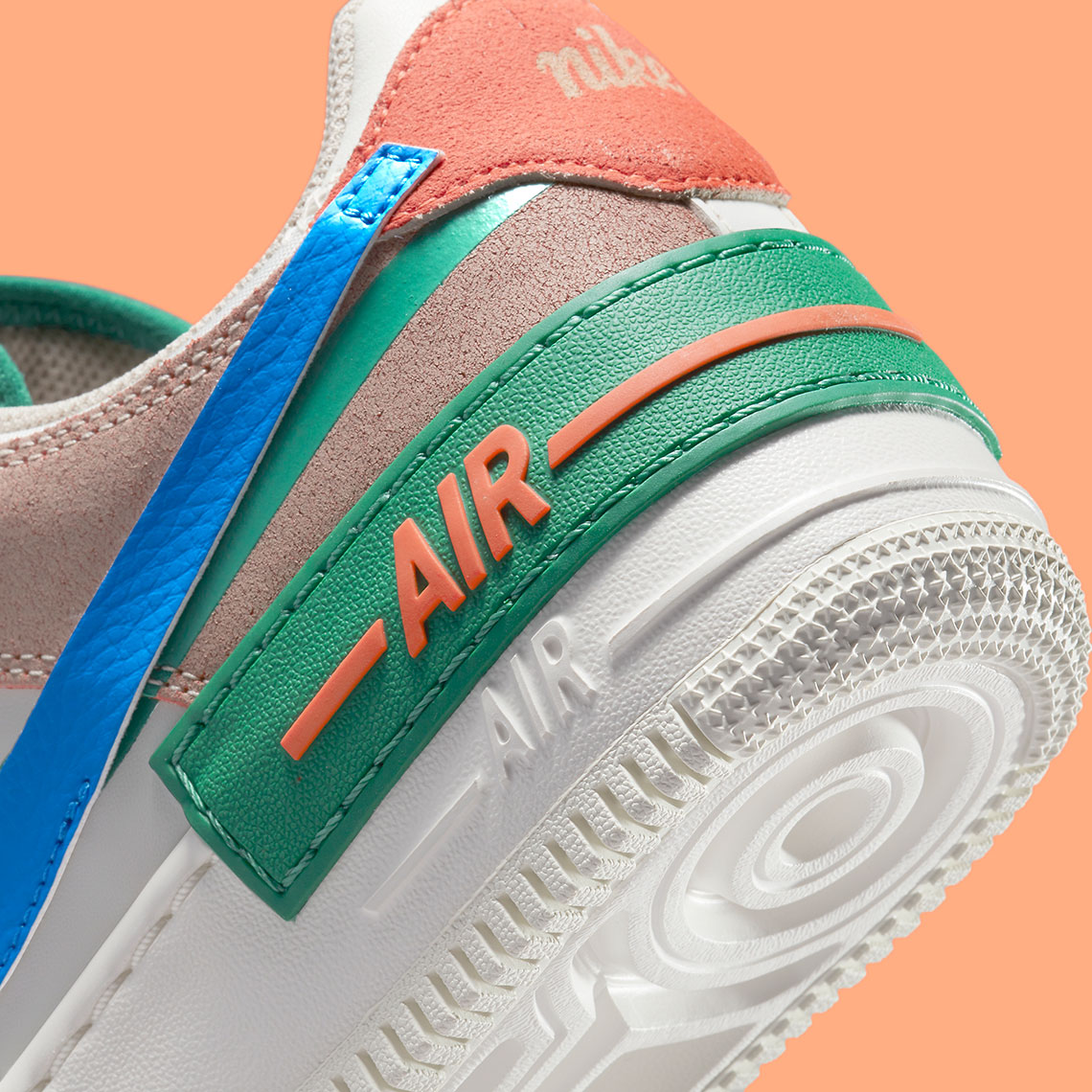 All products and services featured are independently chosen by editors. However, FN may receive a commission on orders placed through its retail links, and the retailer may receive certain auditable data for accounting purposes. Lori Harvey is proving that the trends of the 1990s are back to stay for once and for all. The model […]

If you purchase an independently reviewed product or service through a link on our website, we may receive an affiliate commission. Frequent collaborators Todd Snyder and New Balance have teamed up yet again and for their latest sneaker project, the duo will reference New York City’s farmers markets as inspiration. The fashion designer and the Boston-based […]

All products and services featured are independently chosen by editors. However, FN may receive a commission on orders placed through its retail links, and the retailer may receive certain auditable data for accounting purposes. Ashlee Simpson makes the color black look so elevated and chic. The “Pieces of Me” singer was spotted while out eating […]