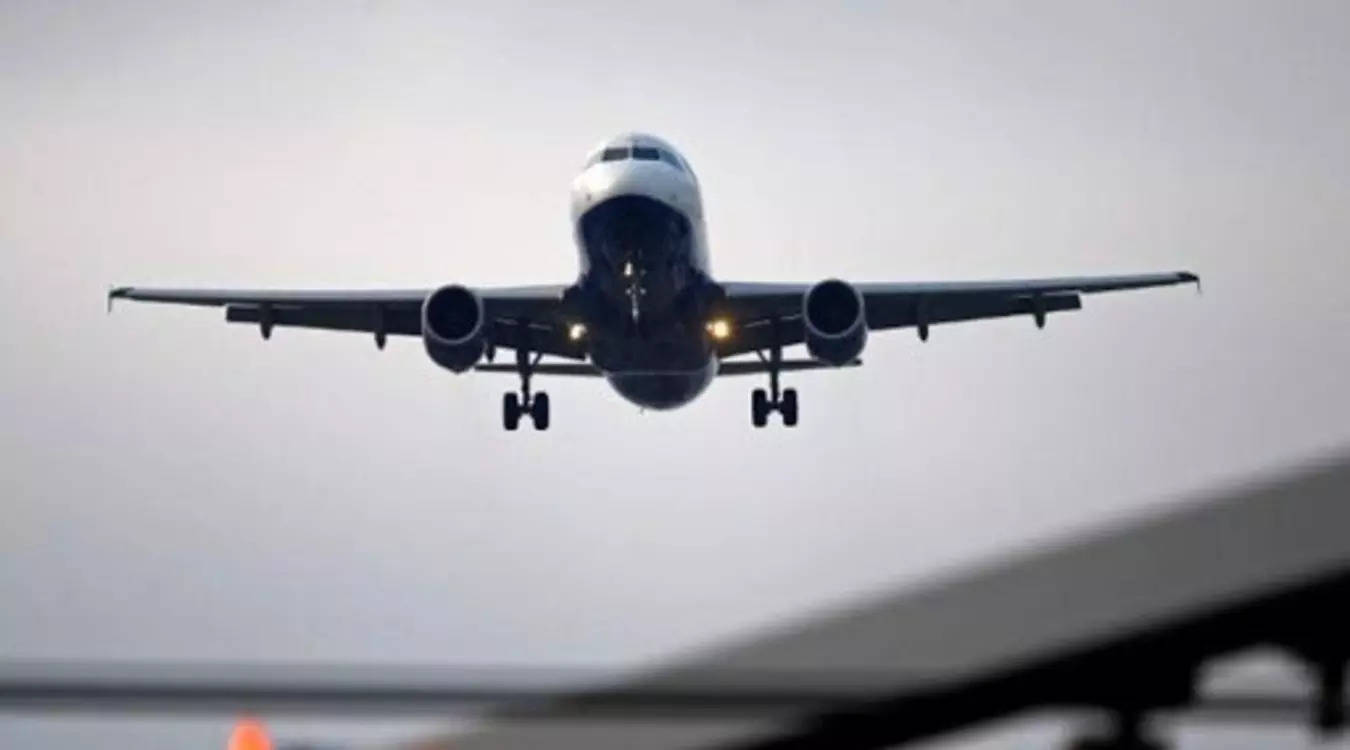 Pakistan has denied use of its airspace to Go First’s Srinagar-Sharjah flight, the government officials said on Wednesday. According to officials, Pakistan’s refusal on Tuesday forced the flight to take a longer route and fly over Gujarat to reach its destination in the UAE.

Go First, previously known as GoAir, had started direct flights between Srinagar and Sharjah from October 23 and the service was inaugurated by Union Home Minister Amit Shah during his visit to the Valley last month.

According to officials, till October 31, the flight was going through Pakistan airspace. However, Pakistan on Tuesday did not allow the flight to pass through its airspace, and therefore, the service had to take a longer route, going over Gujarat, adding around 40 minutes to the flight time, they said.

There were no specific reasons given by the Pakistan government as yet for refusing the permission to the flight, officials said. Officials said the flight, which operates four times a week, did not face any issue when it used Pakistan airspace between October 23 and October 31. There was no immediate statement or comment from Go First on the matter.

The authority lifted travel restrictions on incoming passengers from 11 countries including India, Argentina, Bhutan, Maldives and Brazil. However, Bangladesh, Iran, Iraq, South Africa, Nepal are among 11 countries that are still listed in Category C.

This is the first service between Jammu and Kashmir and the UAE after 11 years. Air India Express had started a Srinagar-Dubai flight in February 2009 but it was discontinued after some time due to low demand.

Reacting to Pakistan’s action, former J&K chief minister and National Conference leader Omar Abdullah tweeted “very unfortunate. Pakistan did the same thing with the Air India Express flight from Srinagar to Dubai in 2009-2010. I had hoped that @GoFirstairways being permitted to overfly Pak airspace was indicative of a thaw in relations but alas that wasn’t to be.”

Blaming the Centre, PDP chief and former J&K chief minister Mehbooba Mufti tweeted “puzzling that GoI didn’t even bother securing permission from Pakistan to use its airspace for international flights from Srinagar. Only PR extravaganza without any groundwork.”

Inaugurating the flight, Shah had said the commencement of Srinagar-Sharjah services would boost tourism. “There are many people from Srinagar and Jammu who are settled in the Gulf countries. There are many tourists who want to come from the Gulf countries to Jammu and Kashmir. The tourism of J-K is going to get a big boost with the commencement of Srinagar-Sharjah flights,” he added.

The Srinagar-Sharjah flight duration is around 3 hours if the Pakistan airspace is used, however, with Islamabad refusing to allow the flight through its airspace, it will be nearly an hour longer, raising fuel and ticket costs.

The Pakistan government, however, allowed Prime Minister Narendra Modi‘s special flight to Italy to use its airspace on Friday to attend the G20 summit. His return flight from Italy was also allowed to use the Pakistan airspace on Wednesday, officials said.

Air India has to pay outstanding dues of INR 2,000 crore to the Airport Authority of India (AAI) related to landing, parking and other charges, said the Chairman of AAI. Speaking to ANI, Sanjeev Kumar, Chairman of AAI, said, “It’s not the fact that there is lots of debt on airlines. I don’t think there […]

Hilton has added its latest Curio Collection property in Mexico, situated in the Yucatan state capital Merida. Villa Mercedes Merida is located at Avenida Colon #500, close to the city’s famous Paseo de Montejo and the Casa Montes Molina Museum. The existing 127-room hotel is housed within a restored colonial mansion, and has undergone “extensive […]

Etihad Airways on Monday informed that it would be suspending its flights from India to Abu Dhabi till August 2. The airline further said that the date could be extended, depending on directions by the UAE authorities. The airline’s support team in a tweet wrote, “Flights from India are suspended till the 2nd August, and […]