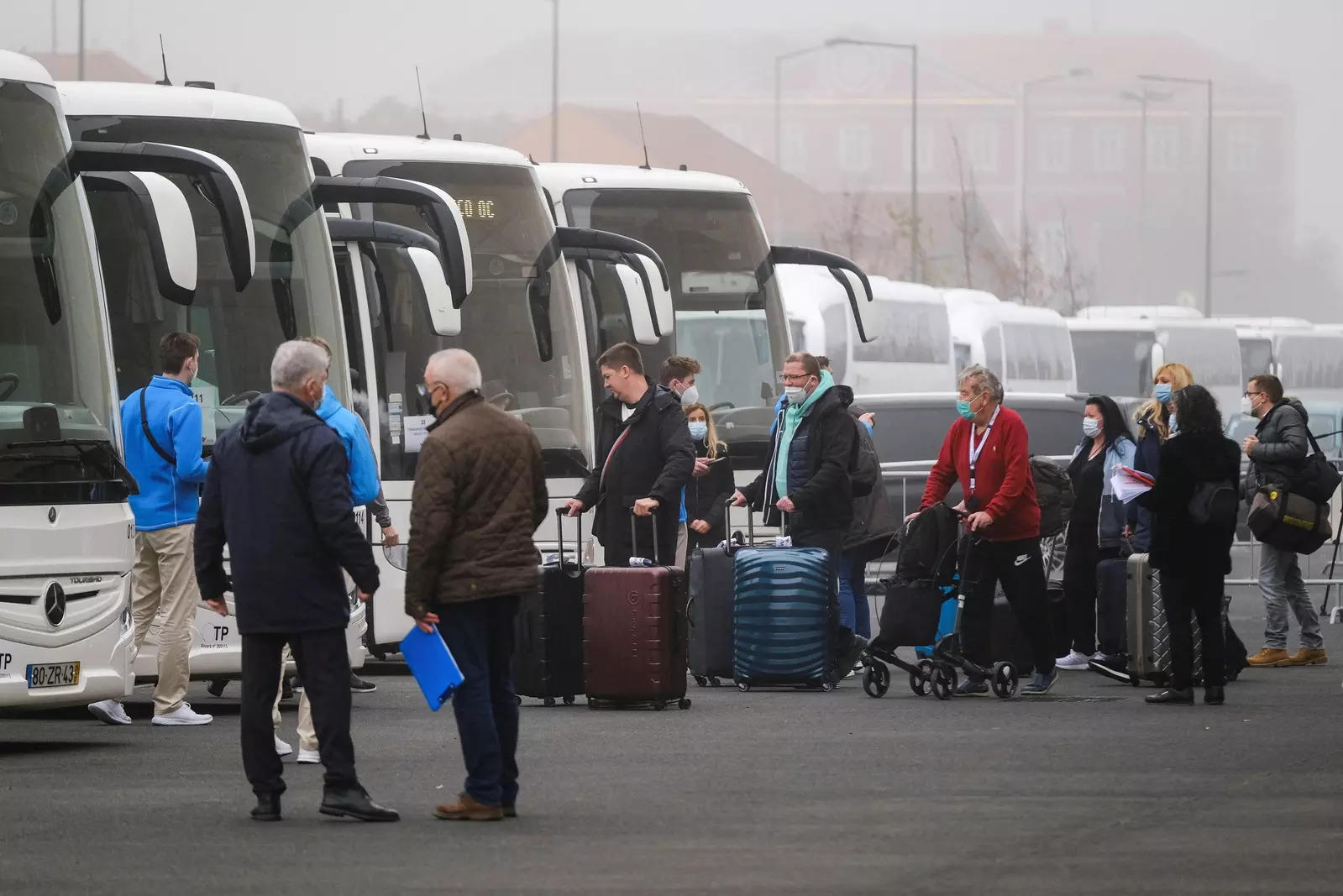 Disconsolate passengers stuck on a cruise ship moored in Lisbon‘s port for five days due to a Covid-19 outbreak began disembarking early on Monday, focused on clearing the final hurdle of a negative test before boarding homebound flights.

The AIDAnova, carrying 2,844 passengers and 1,353 crew, had docked in Portugal’s capital on Wednesday. The ship was en route to the island of Madeira for New Year’s Eve celebrations, but the cruise was cut short after Covid-19 was detected among the crew, 52 of whom tested positive between Wednesday and Friday.

By Monday 68 positive cases, including a handful among the passengers, had been detected, port captain Diogo Vieira Branco told the Lusa news agency. The ship’s German operator, Carnival Corp subsidiary AIDA Cruises, said all those infected had mild symptoms or none at all. All crew and guests over 12 had been fully vaccinated and been required to show a negative rapid antigen test before departure, it added.

The AIDAnova docked in Lisbon on December 29 while en route to the island of Madeira for New Year’s Eve celebrations, but was unable to continue the journey after 52 cases of Covid-19 were detected among the fully-vaccinated crew.

Passengers who had again tested negative in the past 48 hours started to disembark before dawn and were being transported by bus to the city’s airport in an operation expected to last most of the day. “We’re living in this situation and it can always happen. Of course it’s not nice, we imagined something else,” one calm but disappointed passenger said as he disembarked. “We all want this to end. We’re going home,” added another.

AIDA Cruises said it adhered to “comprehensive health and safety protocols” on all its cruises. On Thursday, the US Centers for Disease Control and Prevention advised people to avoid travelling on cruise ships regardless of their vaccination status.

Radisson Hotel Group has opened a second branded property in the Chinese port city of Tianjin. Radisson Hotel Tianjin Aqua City is located in the city’s Hongqiao District and directly connected to the Aqua City mall. Tianjin is a major centre for shipping, car manufacturing, aerospace and petrochemicals industries, and the hotel is located 25 km […]

LOT Polish Airlines is to restart direct, nonstop flights between Budapest and New York’s JFK airport next summer. The flag carrier launched its four-times-weekly Budapest-New York route in May 2018, but the service was suspended following Covid-19, and has not operated since, aside from four special flights last Christmas. Budapest airport confirmed that it would […]

A US federal judge has declared it unlawful for the State Department to use travel bans issued to prevent the spread of Covid-19 as a reason to stop processing visas for otherwise eligible travellers that include technology professionals from India, according to a media report. The ruling came in response to a lawsuit filed by […]