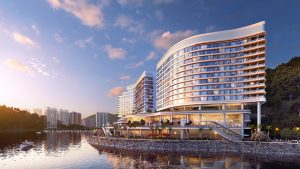 Before travelling to space, save the planet, Travel News, ET TravelWorld

Britain’s Prince William has criticised some of the world’s richest men for using their wealth to fund a new space race and space tourism rather than trying to fix the problems on Earth instead. William voiced his disapproval in an interview with the BBC aired Thursday, a day after the former Star Trek actor William […]

The city of Khajuraho which is popular all over the world for its medieval temples, a UNESCO heritage site in itself, has been crying for proper access and connectivity. Like all the promises from the powers that be have failed to convert so far, the trade and industry in the temple town and its surroundings […]