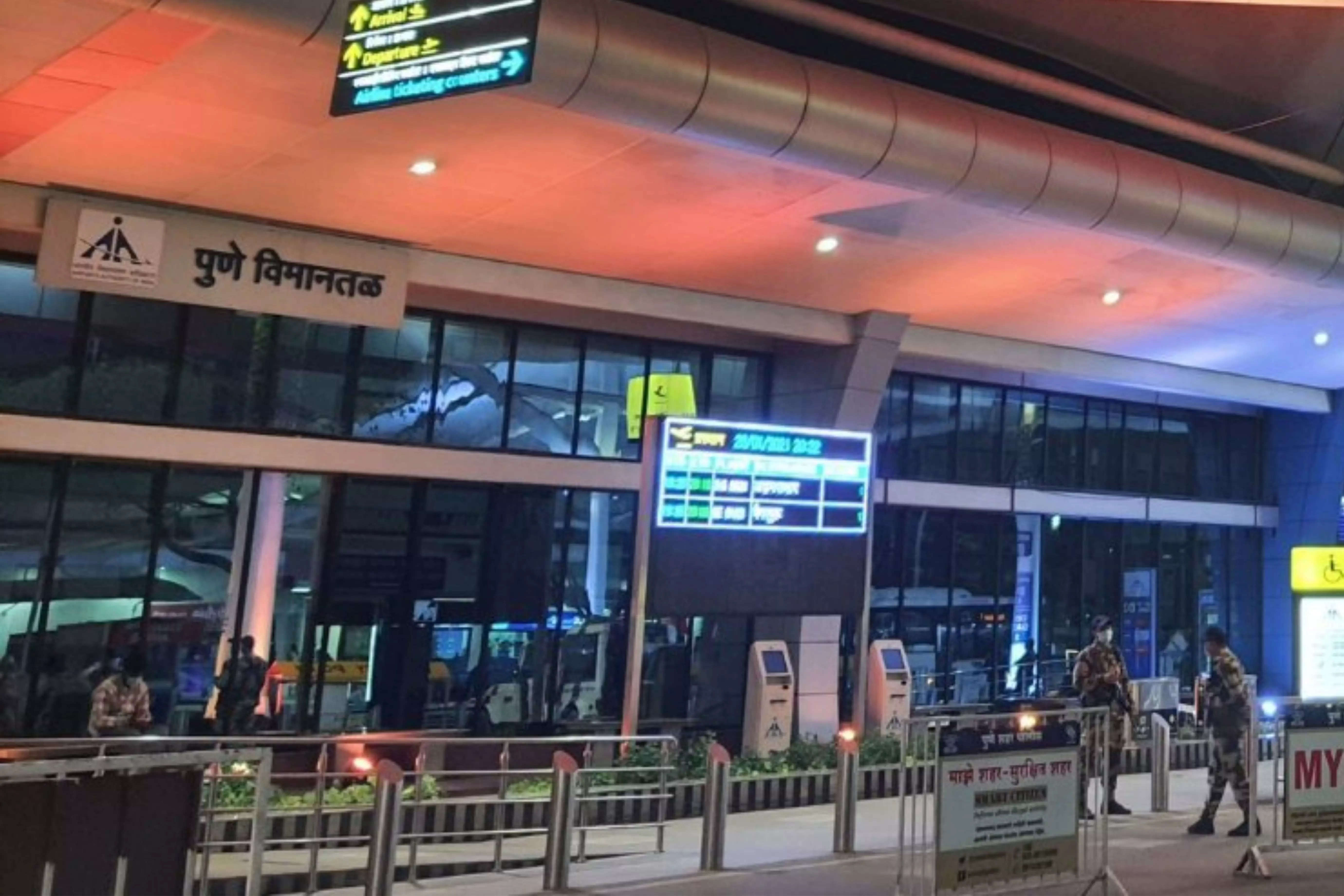 The Pune International Airport will remain closed for operations for 14 days starting October 16 as the Indian Air Force (IAF) will be carrying out runway resurfacing work. All flights scheduled during the period have been suspended. Sharing the information, the Pune airport informed the passengers about the closure in a Twitter post. “This is to inform all passengers that as per information received from the Indian Air Force (IAF) due to runway surfacing works, all flights from Pune Airport will not operate for 14 days from October 16 to October 29, 2021,” the tweet read. 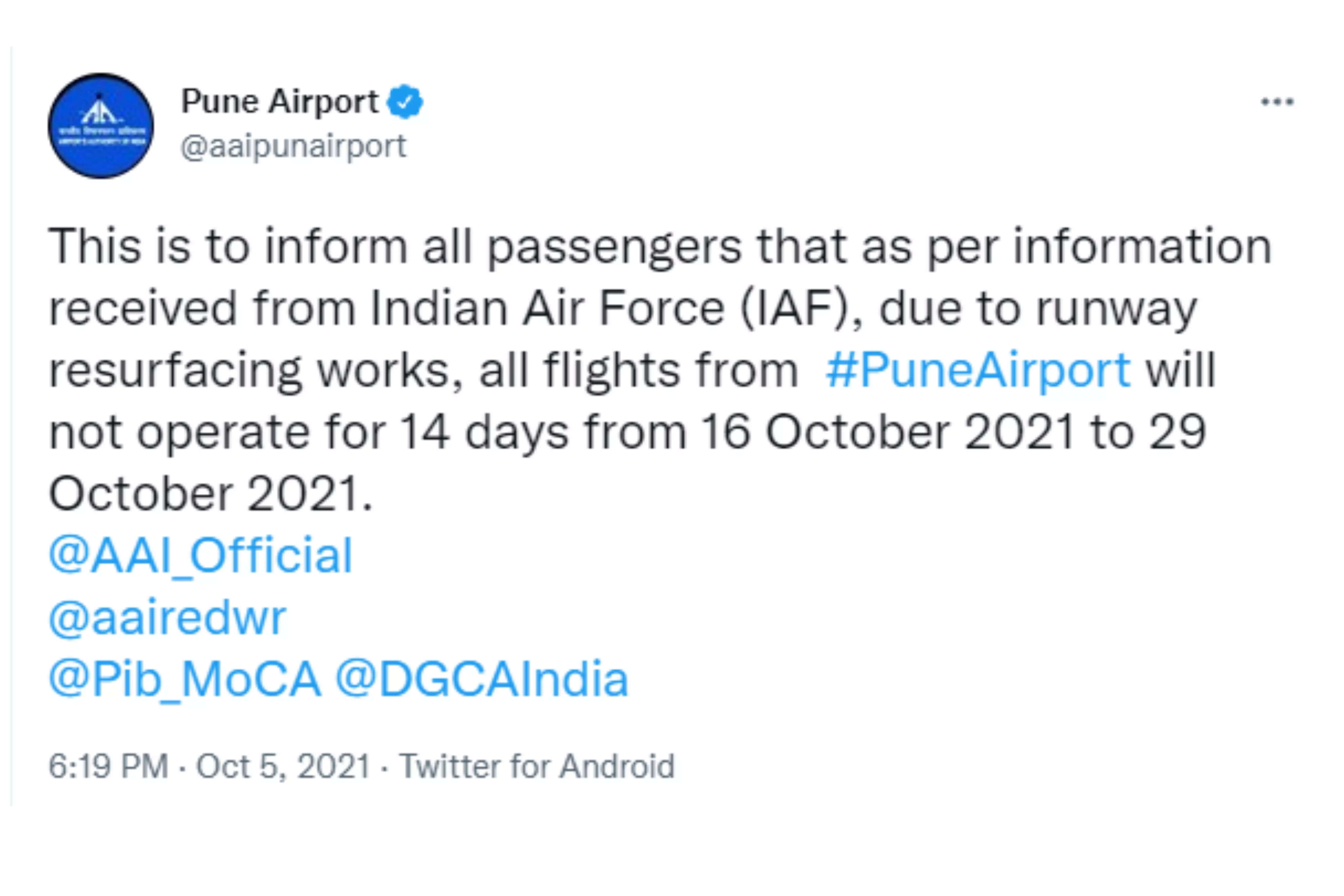 Earlier, the resurfacing work was proposed to be completed between April and May 2021, but it got postponed and now it be carried out in the third week of October 2021. The Pune airport is currently being operated out of IAF station in Lohegaon. The city is in the process of coming up with a new international airport in Purandar. Issues pertaining to land acquisition have delayed the commencement of work. Meanwhile, a number of airlines have requested the government, both civil aviation and defence authorities, to defer the airport closure in the peak festive season.

The runway of the city airport is likely to remain shut for 14 days after Diwali for re-carpeting, the officials in the know of developments said.

Currently, 55 flights are operational from the Pune airport and daily passenger footfall recently crossed the 10,000 mark after rise in the number of domestic air travellers.

Resentment is brewing among employees of the UP State Tourism Corporation (UPSTC) as they have not received their salaries since February-March. The corporation has at least 40 units in UP. “Each unit has to meet its own expenses, including the salary bill, through earnings it makes. Currently, at least 15 to 20 units are in […]

The inbound tourism industry in India is facing nothing short of an existential crisis, says Dipak Deva, Managing Director, Travel Corporation of India, as he goes on to explain that while recovery in other industries is being witnessed, thanks to the declining Covid numbers and the vaccination drive, the inbound tourism companies have not been […]

India Convention Promotion Bureau (ICPB) has asked for a MICE Bidding Fund with a corpus of INR 500 cr to support participation in global bidding for big congresses and an India MICE Fund to offer attractive incentives for event organisers to consider India as a preferred destination. These proposals were put forward by Amaresh Tiwari, […]