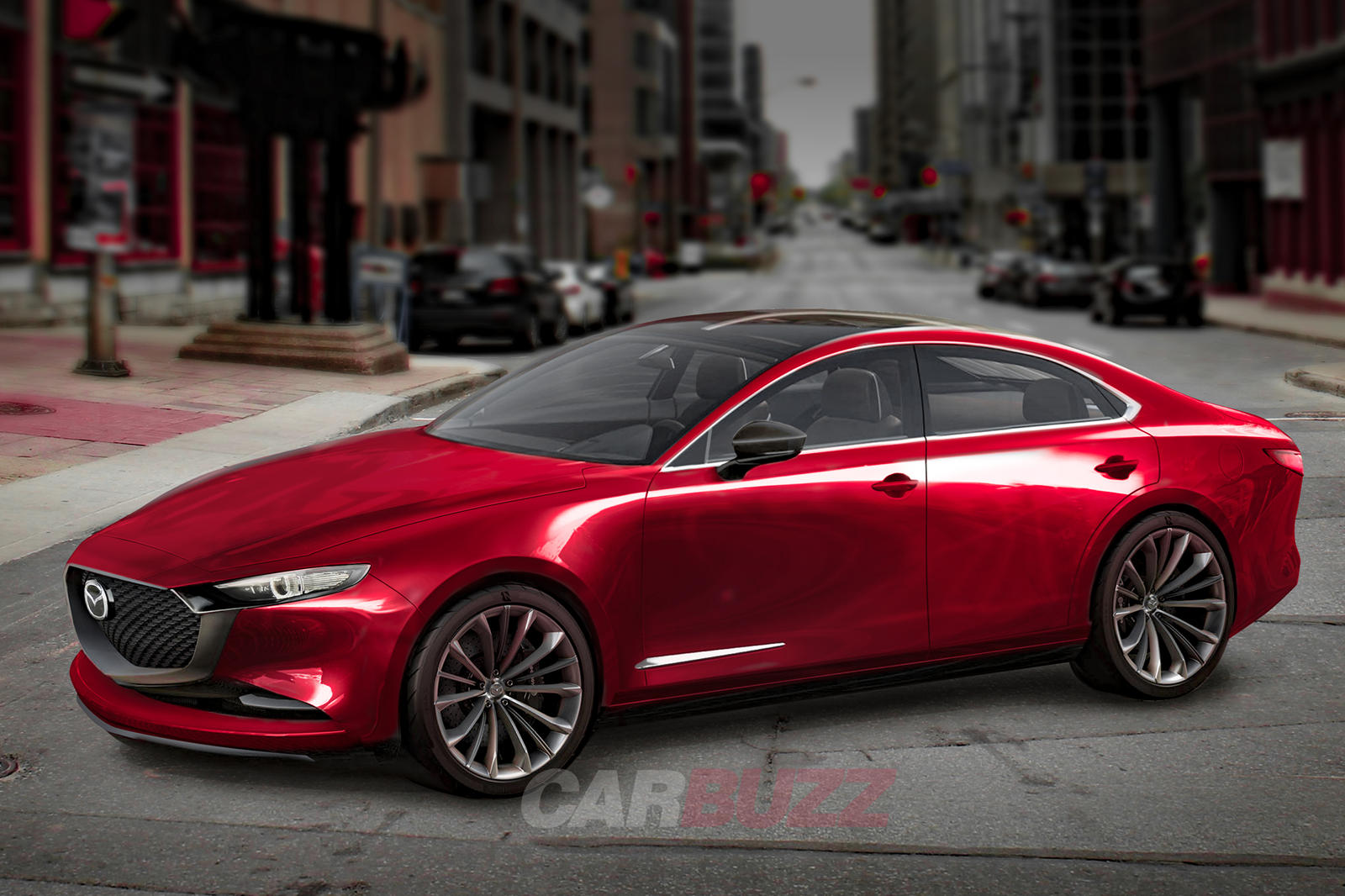 Unveiled in 2017, the Mazda Vision Coupe Concept took the form of a sleek four-door coupe with a long hood and a short rear deck. However, whereas the Vision Coupe Concept had four seats, the new Mazda 6 will offer room for up to five occupants. According to the Japanese publication, the new Mazda 6 will gain a new “thin and sharp grille design” that will define the automaker’s future design language as well as an H-shaped diffuser.

Under the hood, the new Mazda 6 will reportedly be offered with a 3.0-liter inline six-cylinder turbo Skyactiv-X gasoline engine with a 48-volt mild-hybrid system generating around 350 hp. Mazda has even patented new twin-turbocharger setups using an electric supercharger, which we have no doubt will be included in the new model.

Aiding me on a drive around a makeshift course on a patch of unused grass at Gaydon’s proving grounds, was Jess Hawkins, the stunt driver that piloted the middle Defender that went 15 feet in the air and remained airborne for over 90 feet in the heart-stopping chase sequence. No CGI here. Hollywood stuntman Morrison, […]

Experiencing Cutting-Edge Cruising Aboard Harmony of the Seas

With 18 decks and a capacity of a staggering 5,479 guests, Royal Caribbean’s new Harmony of the Seas is now the largest passenger cruise ship in the world. To give you an idea of just how big that is, the Titanic boasted 2,435 passengers. Of course, while size matters, so do the amenities; and on a recent preview trip aboard the […]