SAS has concluded the deal with Bocomm, it states.

Filings with the US bankruptcy court on 15 November list an agreement with Bocomm’s Jin Shan 7 Ireland vehicle. 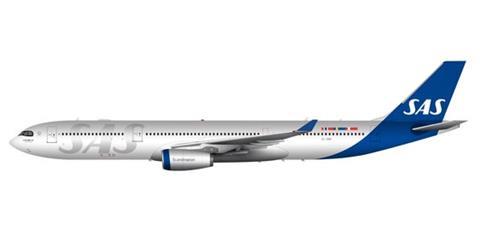 The latest pact brings the airline’s revised fleet agreements to 46 aircraft across 13 lessors.

When the carrier filed for Chapter 11 protection in early July it had 83 aircraft subject to operating leases, debt finance or similar arrangements.

Frontier Airlines says more passengers returned to air travel during the second quarter, propelling the carrier to a small net profit, but that it is seeing “softening” in bookings as concerns about the rapid spread of the coronavirus’ “delta” variant grow. The Denver-based ultra-low-cost carrier reported a $19 million profit for the quarter that ended on […]

The latest Airline Business Index shows the global airline industry’s revenue during the third quarter of 2022 matched that seen in the same three months of 2019, marking the first time any of the survey’s four metrics have achieved that milestone since Covid-19 hit. Lagging the strong financial metric, the passenger number figure of 82 […]