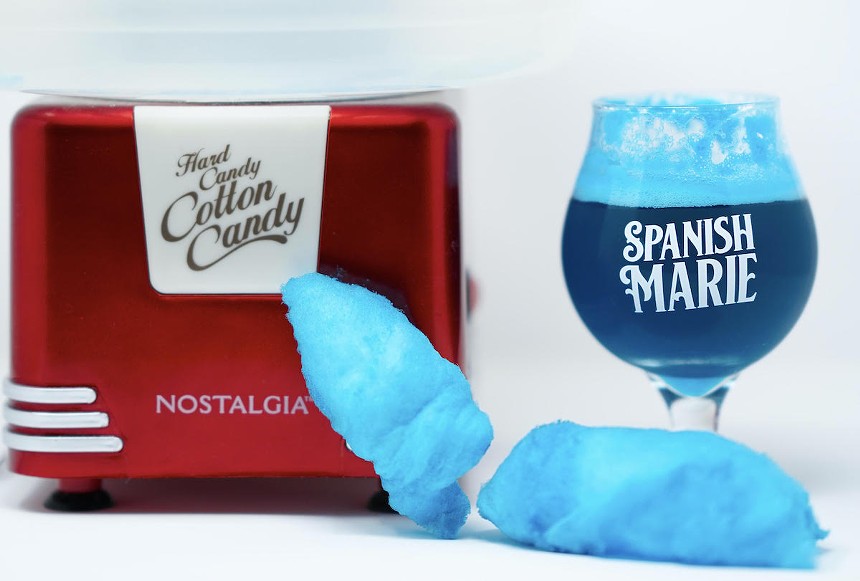 This week, Kendall’s Spanish Marie Brewery will celebrate its three-year anniversary, a short, albeit well-deserved milestone that — given the struggles of 2020 — feels especially rewarding for cofounders Alberto Cespedes and head brewer Jaime Medina.

Starting Friday, October 8, Spanish Marie Brewery will kick off a three-day block party, one Cespedes tells New Times will serve to honor not only the brewery’s three-year mark, but also the Miami craft beer community.

“This anniversary isn’t just about how far we’ve come, and all we’ve accomplished in our three years in business,” Cespedes says. “It’s also a way to show our appreciation and support to our fellow brewers and the local craft beer community in Miami-Dade. We all deserve to celebrate after making it through these last 18 months.”

Not many understand the hardship of the past two years more than Spanish Marie, a local brewery that — unbeknownst to many — has done much to pave the way for the craft-beer industry in Miami-Dade.

Cespedes says they’ve spent over two years working with both city and county officials to change zoning laws and regulations to allow the business to operate in the industrial area they call home. Over the past several years, bringing to life their vision of Spanish Marie — a project founded in 2013 — has amounted to a series of challenges.

When deciding on a location for the brewery, Cespedes recalls his desire to give the Kendall suburbs a place to enjoy craft beer minus the hourlong commute to Miami. To do so, he and Medina chose an industrial space at 14241 SW 120th St. in West Kendall, marking them as area’s first microbrewery.

While the brewery was ready to serve thirsty patrons, the red tape persisted.

Cespedes has had to lobby for ordinance modifications, including reducing distance requirements from churches and other alcohol license holders.

“Before the change, it was virtually impossible for anyone to open a brewery in these areas,” Cespedes says.

At the same time, Spanish Marie has established itself as a destination for locals and craft beer enthusiasts alike, known best for its spacious taproom and pop-culture-inspired beers that focus on one-of-a-kind, single-batch brews, from IPAs and barrel-aged stouts to fruit-flavored sour ales.

The brewery’s top hits include “Blue Raspberry” and “Pink Vanilla” sour ales from its Cotton Candy series to the “Ecto Cooler,’ an electric-green sour ale that pays homage to Ghostbusters.

This weekend, fans of the brewery can find each of these beers — and several more — on tap at the block party, which includes over 30 guest breweries from Florida and beyond.

Spanish Marie will also release a limited-release anniversary beer in anticipation of Halloween: a sour ale brewed with copious amounts of cotton candy, whole marshmallows, shredded coconut, cinnamon, and vanilla bean. The beer will be for sale online and in the taproom for $24 for a 4-pack (16-ounce cans). Sales are limited to one case per person.

During the three-day event, food and drink will be provided by guest vendors including Luchadough, Pastelito Papi, Offsite, Tacos & Tattoos, and Ted’s Burgers. In addition, live music also will include performances by Soulpax, Frank Matyok, and Moongazer.

“Looking back on the past three years, we really have something to celebrate in 2021,” sums up Cespedes.

Miami Yik Yak Is Back

Yik Yak relaunched in August. Screenshot via Yik Yak Imagine you’re at a house party where nobody knows each other’s name. Among the guests is a 19-year-old guy slouched in a chair spread-eagle and wearing a T-shirt from a University of Miami campus store, trying desperately — but unsuccessfully — to make eye […]

August 15, 2021 Book a Party This summer is going to be a hot one. Many people cool down with an ice cold beer or a fruity mixed drink; however, here at Howl at the Moon we know that the best way to cool down in the summer is with a Boozy Popsicle! We’ve compiled […]

click to enlarge Pans Photo courtesy of the artist When the exhibition “Place and Purpose: Art Transformation in Coconut Grove” opened at the Patricia & Phillip Frost Art Museum, the organizers knew they wanted a musical aspect to the art show. “Coconut Grove has […]