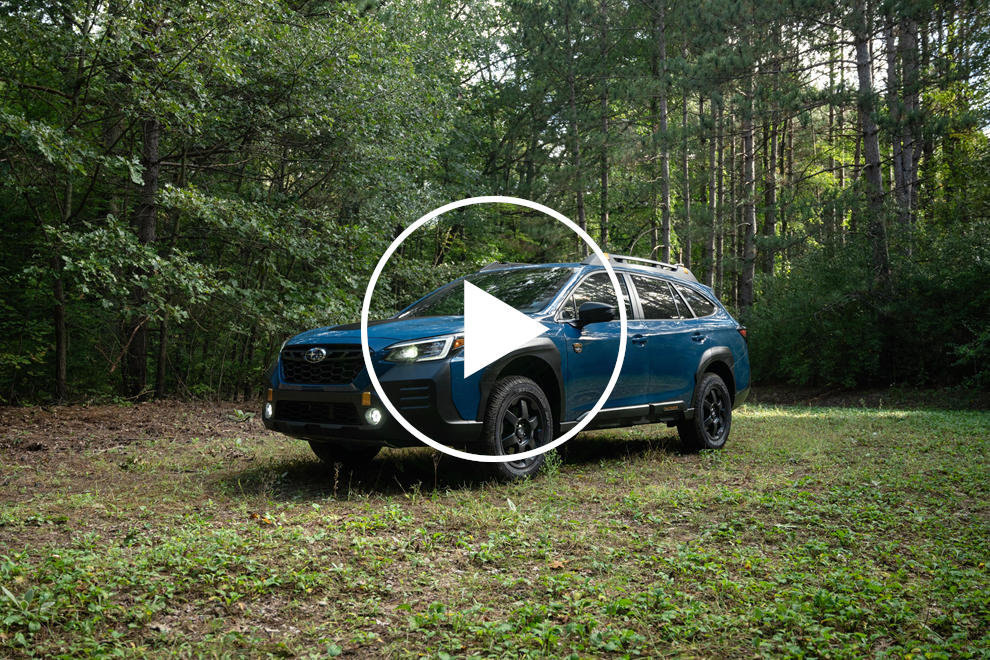 The best part about the Wilderness, besides the paint and copper accents, is the versatility. That obviously applies to driving, but also bringing cargo around comfortably and conveniently. The Wilderness has 32.5 cubic feet of cargo space with the seats in place and more than 75 cubes with the second row folded. That’s on par with many bigger SUVs, and with the protective mats and rear seat protectors, you can throw anything in there without worrying.

We stacked it up with mechanic’s tools, a weed whip and trimmers, a couple gas cans, a cooler and a few more pieces of lawn equipment without having to jiggle stuff in. We could probably even have doubled our stow.

On the tech side, the Wilderness gets a Starlink 11.6-inch screen, which is Subaru’s best effort in infotainment so far. It looks good and the middle screen swipes quickly. It’s also home to the HVAC and X-Mode settings, and where the camera displays video when you’re creeping along off-road. Wired Apple CarPlay and Android Auto are included, as is four months of Sirius radio.

Scaled for urban life, powered for the track, and roomy enough for a family road trip.    The Mercedes GLC 43 sits at the transition point between sports sedan and SUV. Driving the GLC 43 in its AMG trim left me with a question: would I give up a third row in exchange for a […]

The new Clarks Originals ‘Caravan’ silhouette is a retro-inspired suede boot in a similar vein as the brand’s carpet-themed ‘Wallabee Boots,’ which dropped early this summer. This time, however, the moccasin-like shoe features a unique tapestry textile upper that rests above Clark’s iconic, extra-wide, rubber crepe outsole. No doubt, the ‘Caravan’ has major vintage appeal, […]