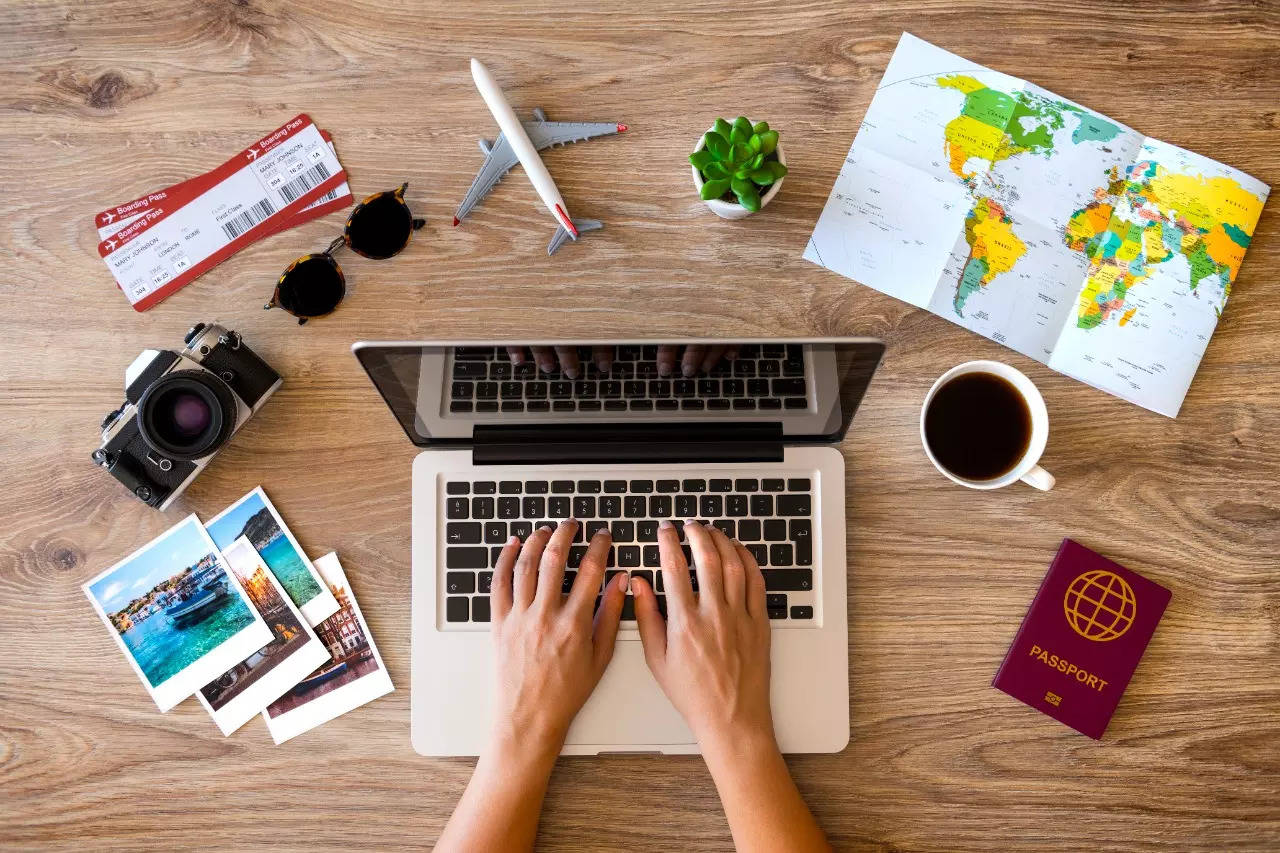 Even as memes renaming 2022 as the new 2020 are doing the rounds, this year can safely be dubbed as the year of travel recovery after a devastating 2020. As we reflect on the year gone by, ETTravelWorld picks seven events that created a buzz in the Indian travel and tourism sector.

But before anything else, it’s worth mentioning that after almost a decade, India got a Tourism Minister with a cabinet rank in 2021. The last cabinet post held by a Minister for Tourism was Subodh Kant Sahay in 2012. Having appointed G Kishan Reddy as the Tourism Minister, the government also appointed two Ministers of State for Tourism – Sripad Yesso Naik and Ajay Bhatt. The industry interpreted this as a significant move by the Centre to indicate the importance of the tourism sector.

‘Tis the season of IPOs
As Covid-wrecked travel companies looked for alternative routes to raise funds, many of them decided to take the initial public offering (IPO) route. With a number of global travel companies going public this year, Indian companies have also boarded the IPO bus.

While entities like RateGain and EaseMyTrip have taken the plunge, many others are waiting in the wings – OYO, Yatra, Adani Airports, GoFirst, Ixigo, and Ola – and the list only seems to be getting longer. With most of them having filed the draft red herring prospectus (DRHP), it looks like travel companies will make quite a buzz at the BSE in 2022. 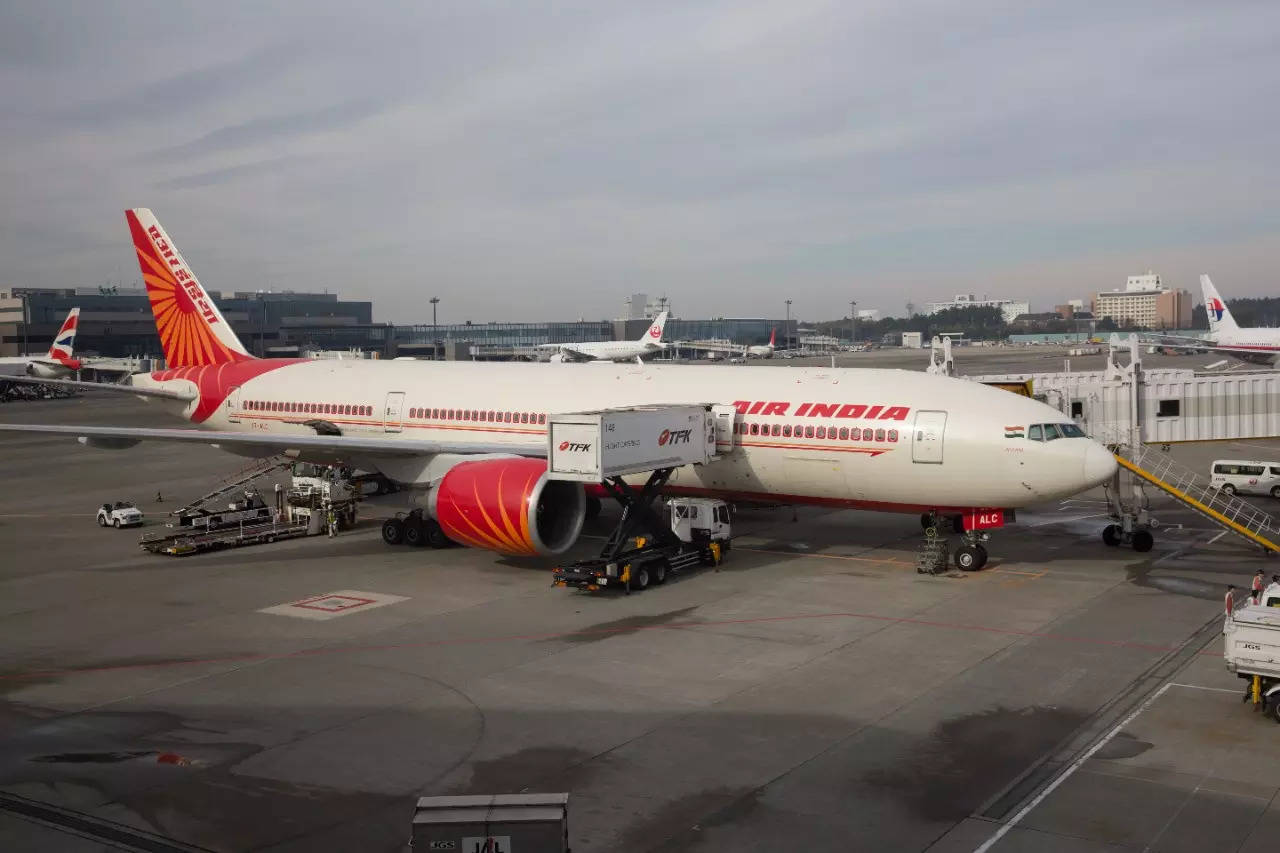 However, the divestment process finally took off on December 14, 2020, and a new owner was announced in October this year. The ownership of the national carrier came full circle as the Tata Sons offer of INR 18000 crore was picked as the winning bid. Talace Pvt Ltd, a wholly-owned subsidiary of Tata Sons, was chosen as the new owner of the carrier, against the INR 15,100-crore bid made by a consortium led by Ajay Singh, CMD, SpiceJet.

Air India‘s sale to the Tata Group and arrival of Rakesh Jhunjhunwala-backed new airline Akasa Air in 2021 are likely to introduce more competition and change the dynamics of the Indian aviation sector in the coming years.

Tata Sons will have to retain debt of INR 15,300 crore and the cash component of the bid will be INR 2,700 crore. The net impact on the government with this transaction will be around INR 44,000 crore. The reserve price for the Air India bid set by the government was INR 12,906 crore. The government has also stipulated that Tata Sons will have to retain all the employees of Air India for a period of one year. The Tatas will also have to use the name and logo of Air India for a period of five years. Civil Aviation Minister, Jyotiraditya Scindia, aptly called Air India’s sale to the Tata Group ‘a new dawn for the airline’. However, with this acquisition, one question that is on everyone’s mind is, ‘What will the Tata Group do with three airlines (Air India, Vistara, AirAsia India) in its stable?’

Two new airlines on the Indian runway: Up, up, and away
Following the National Company Law Tribunal (NCLT)’s approval of the resolution plan of Jalan Kalrock Consortium for Jet Airways, all eyes were trained on the revival of the airline that went into insolvency proceedings two years ago. However, aviation enthusiasts were in for a surprise when investor Rakesh Jhunjhunwala decided to invest in an airline, thereby setting the stage for Akasa Air.

With ex-Jet Airways CEO, Vinay Dube, and ex-IndiGo, Aditya Ghosh, at the helm of affairs, Jhunjhunwala’s Akasa Air, which received a no-objection certificate from the Ministry of Civil Aviation in October, is now expected to start operations in early 2022. At this year’s Dubai Show, Akasa announced its order of 72 737 MAX airplanes, and last week, the airline unveiled its tagline ‘It’s Your Sky’ and aircraft livery that features a ‘rising A’ symbol in orange and purple. India’s growing economy and expanding middle class are expected to fuel strong demand for commercial flights and, in addition to the already existing carrier, two new airlines will now be seen catering to this demand.

The Jalan-Kalrock consortium-led Jet 2.0 also aims to restart domestic flights as a full-service carrier by the first quarter of 2022 with six narrow-body aircraft, followed by short-haul international flights in the latter half of the year. Jet 2.0 aims to reach 100+ aircraft fleet as a 5-year plan.

Incredible India welcomes international tourists once again
Having closed its borders to international tourists for almost 20 months, India resumed quarantine-free entry for foreign travellers from 99 countries from November 15, based on mutual recognition of Covid-19 vaccination certificates. India had also announced the resumption of scheduled commercial passenger flights, only to retract the decision less than a week later following concerns over the Omicron variant.

Even as restrictions came back with a bang, inbound tour operators had something to cheer about when the first charter post Covid landed in Goa on December 15, carrying 150 tourists from Kazakhstan. India has now announced that scheduled international passenger flight operations will remain suspended till January 31, 2022. Inbound stakeholders opine that the sector can bounce back only after regular flight operations resume and once tourists are allowed to enter quarantine free. Government checks out of select ITDC properties
As part of the government’s National Monetisation Pipeline (NMP), the Centre announced its decision to monetise real estate assets worth an estimated INR 15,000 crore, including eight India Tourism Development Corporation (ITDC) hotels. The government had laid down that NMP will provide the potential to leverage the brand value of the Ashok Group.

The government is adopting different routes for monetisation. While there are talks of joint leasing for Pondicherry Ashok, an O&M contract is being discussed for Hotel Kallinga Ashok, Hotel Samrat, and Hotel Jammu Ashok. A divestment opportunity is in the pipeline for Hotel Ranchi Ashok and Puri’s Hotel Nilachal, while Delhi’s Hotel Ashok may go in for subleasing and Anandpur Sahib may look at a transfer of ownership. Long-term leasing, divestment, long term OMT contract may be explored as potential models for monetisation to be ascertained on a case-to-case basis as per detailed asset-level due diligence. This news was followed by the appointment of BJP spokesperson Sambit Patra as the Chairman of ITDC. Cordelia makes a splash
Having checked into the hospitality business, US-based hotelier Sant Chatwal decided to make a splash in another travel-related business with the launch of Cordelia Cruises. An acquisition from the erstwhile Jalesh Cruises, Cordelia became the latest entrant in India’s cruise industry as it announced that it would start sailing from May 2022.

However, the surge in Covid cases led to the cancellation of the cruise liner’s initial sailing plans and it finally set sail from Mumbai on a two-night round voyage to nowhere, in September. All set to make an estimated investment of USD 300 million over the next three to five years, Chatwal said this would help develop the cruise sector in India.

In an exclusive interaction with ETTravelWorld, Jurgen Bailom, President and CEO, Cordelia Cruises, says cruise tourism, which was initially targeted towards a high-end niche segment of society, has now opened its doors to a much larger consumer base. Cordelia will be looking to create not just domestic itineraries but also a mix of international sailings.

In an earlier interview with ETTravelWorld, Jurgen Bailom, the President and CEO of Cordelia Cruises, had said, “The company aims at bringing in multiple ships in a phased manner and intends to cater to all segments of the market. The focus will not just be on creating domestic itineraries but also a mix of international sailings.”

Cleartrip in Flipkart’s cart
Going ahead with its diversification plan, Flipkart, the Walmart-owned e-commerce firm, officially announced its decision to acquire a 100 per cent stake in Cleartrip for USD 40 million. Flipkart also maintained that all Cleartrip employees would be retained.

Soon after, Gautam Adani’s ports-to-airports conglomerate also announced the investment of an undisclosed amount in Cleartrip. As part of the investment, Cleartrip, one of the oldest travel booking portals in India, would serve as the group’s online travel agency partner.

Mangaluru International Airport Three committees of the Centre-run Airports Authority of India (AAI) in January found the Adani group to be in violation of branding norms, prescribed in the concession agreements, at the airports in Ahmedabad, Mangaluru and Lucknow that the conglomerate took over last year. Consequently, the Adani group companies – which are operating […]

With the help of large-scale vaccination programmes and new norms rolling out, the tourism sector is inching its way back to recovery, and restart of tourism will help kick-start recovery and growth, the Confederation of Hospitality, Technology and Tourism Industry said on Saturday. It is also essential that the benefits this will bring are enjoyed […]

FCM has partnered with South Pole, a leading expert in global climate action and project development, to launch a new global carbon offsetting programme. The South Pole partnership will allow FCM to support multinational clients in setting up a solution to neutralise the carbon impact of their business travel and will make a significant difference […]