A few years ago, we interviewed a well-known hotel developer, who, when asked about the most important skillsets in hiring people for his projects, he answered immediately “I must hire a visionary and an operationalizer.” He went on to say he had never met one person with both skillsets, but he was sure someone like this existed.

Years passed since this interview, and finally, thi year, we met one: Derek Stevens, a person whose vision of downtown Las Vegas transformation is being operationalized as we write. 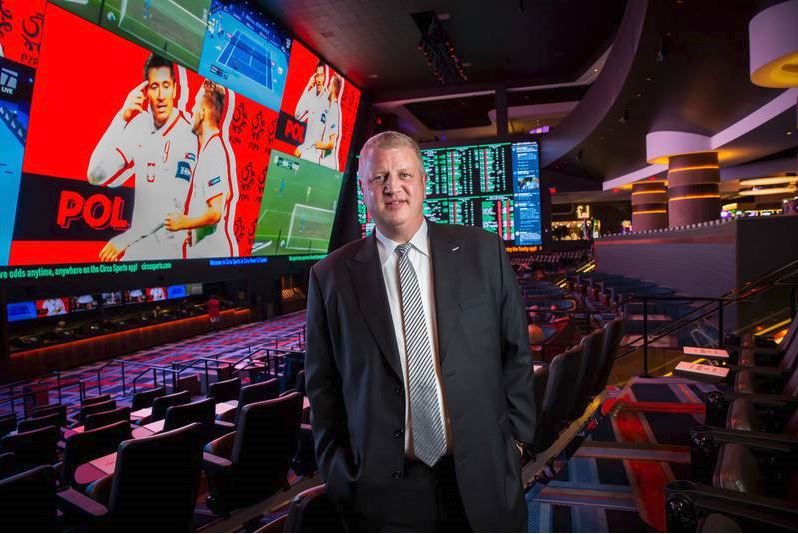 Stevens, 54, a Michigan native, has an undergrad degree at the University of Michigan and an MBA from Wayne State.  He could have stayed in his family business, but the entrepreneurial spirit moved him west to Las Vegas, as he became drawn to the possibilities of revival, renewal, and rebirth in the waning and somewhat unexciting downtown.

Now, in addition to opening Circa, the only adults-only sports booking hotel and resort in Las Vegas, he also owns others, most notably, the D Las Vegas, and the oldest hotel in Las Vegas, The Golden Gate. When asked about how this all came to be, he said, “Well, the stars aligned. And we eventually acquired the whole city block of Fremont Street. And then the work began!”

As with many entrepreneurs, he combines a logical, analytical side with a creative, expressive side. His ideas, in terms of visions, are creative yet tinted with a deep midwestern practicality. He operationalizes as he goes. 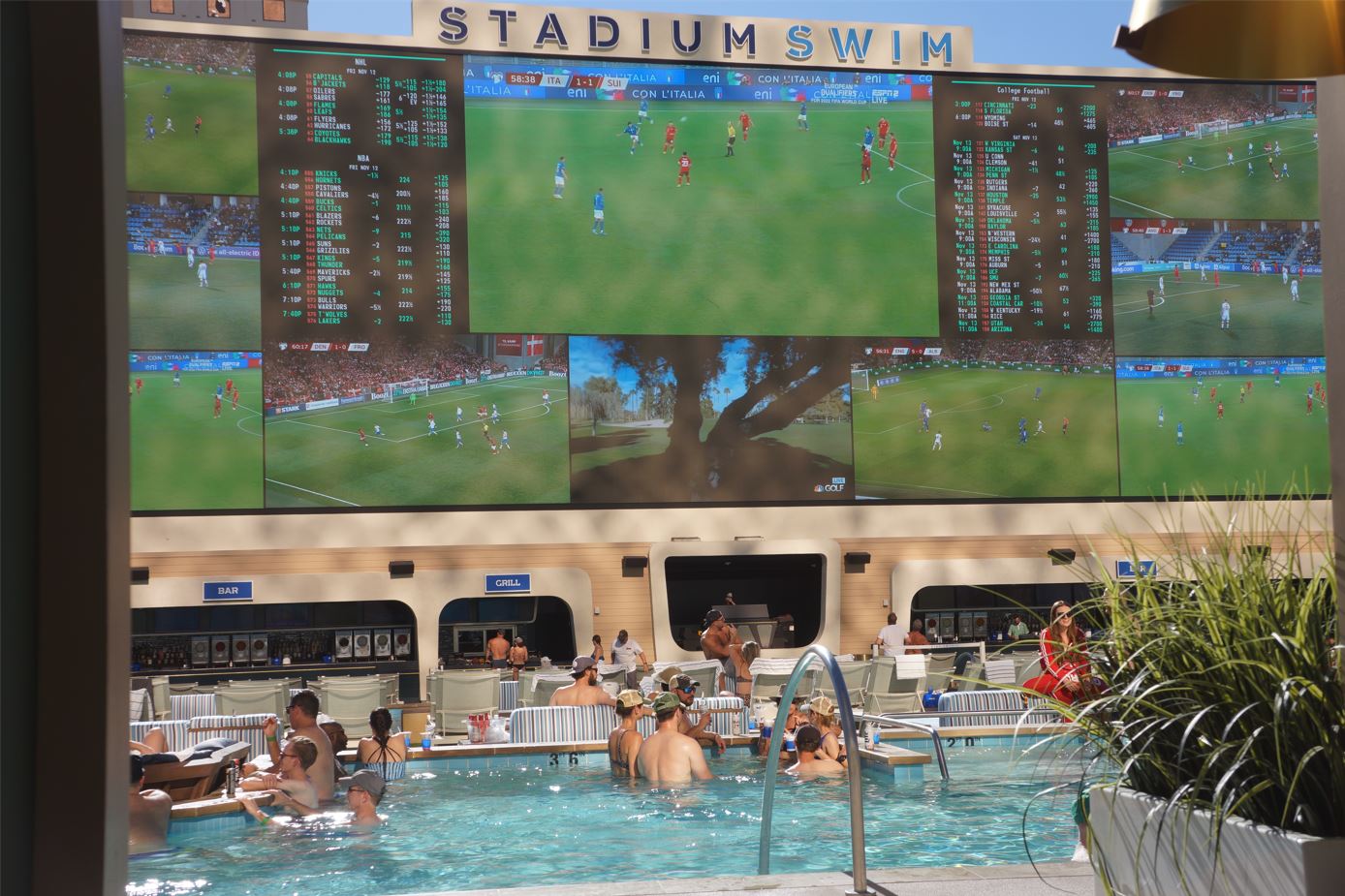 His father is an architect, mother was a math and physics teacher.  He is beloved by his staff and cohorts, and has said often that the most important people you must please are your employees.

Further, when asked about the lessons he has learned from buying, rebuilding, and repurposing the hotels and casinos is one major thing, combining both the idea of vision and operation: not to overbuild, because, as he says, “ the hotel speaks to you, tells you what is working, what isn’t. With each hotel purchase, we learn something new. The  hotel tells us the direction it wants to go, and the direction that is not working.”  He listened well.

In October 2020, Mr. Stevens opened the $1 billion-plus Circa Resort & Casino, the first major resort built in Las Vegas downtown, from the ground up, in more than a decade. It has a six-tiered/gambling/ swimming complex and is the world’s largest sportsbook enclave. The interior sports book TV with 19 screens shows diverse sports – football, wrestling, soccer, and many others, drives the sportsbook’s massive 66 million pixels, 118 x 38-foot 2mm LED screen. The LED screen at Stadium Swim, outdoors, is 40-feet tall, stretches 143-feet diagonally and has 14 million megapixels.

JustLuxe was fortunate to converse further with Mr. Stevens at Circa last week.

JustLuxe: Circa is an Adults-Only Resort. What brought you to that decision?

Mr. Stevens: “Why did we want to be an adults-only hotel? It is not that don’t like families! My wife, Nicole, and I love families – we have three children ourselves.  We have just seen too many children in the casinos, the parents playing, and the children are overwhelmed, confused, and we believe they should not be in casinos. So, my vision was to create a casino, 21 years and over, where sports gambling on many levels could be played, and enjoyed with cohorts, and not worry about children.

“Further, we know, as a family from the Midwest, we know what it takes to travel here. To get to Las Vegas, you have to find babysitters for two or three days. Someone to care for the pets, people to watch the house, feed the kids, — get plane tickets, car rentals, so much has to be planned to get 72 hours here. WE know! So it is incumbent on all of us, everyone, who works at our resort, to make sure the stay the guest planned for and worked for, is seamless, memorable, so the person or couple or group want to return because everything was so enjoyable and worth their time. We owe that worth to our guests 24/07.

JustLuxe: How did you have the fortitude to open Circa in the middle of a worldwide pandemic? 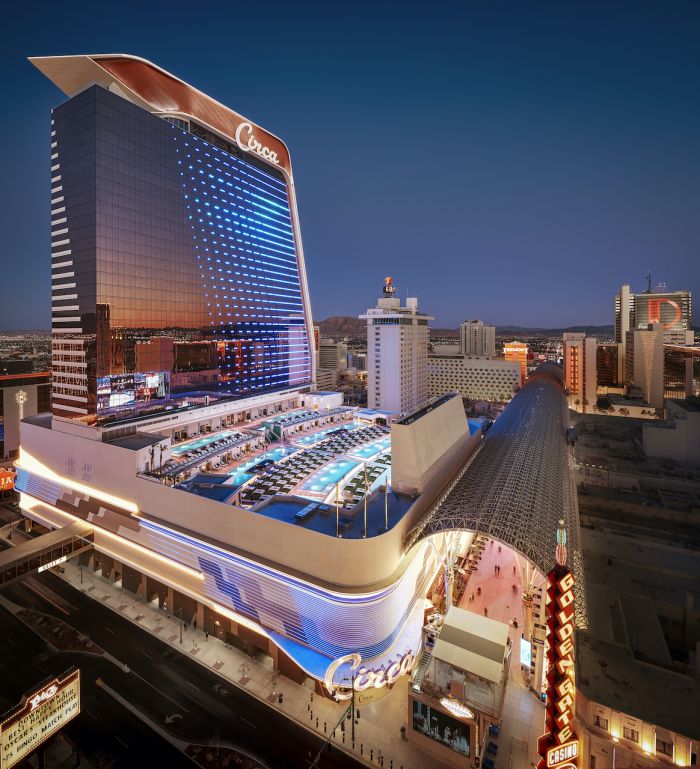 Mr. Stevens: It was a process —  We shut down our other casinos in March and were able to reopen in June.  When we reopened, there was no mask requirement. Then weeks later, there was a requirement to wear masks for table games. At first, that was somewhat difficult for some customers. But, by end of July, there was a mask requirement for everyone coming into the casino. It took a lot of adjusting, but by September, the masking element was no longer an issue. Everybody wears masks now. It was a process of adjustment, and it’s now normal.”

JustLuxe: We noticed the Garage Mahal. It looks like no other parking garage we have ever seen. Please explain its importance.

Mr. Stevens: The parking garage, Garage Mahal, at Circa makes the true first impression of our resort.  The space is clean, colorful, and safe. Safety is a huge component of parking garages. If you don’t feel safe in the garage, it impacts what you think of the hotel. Further, we believe it is a great transportation hub for Las Vegas, and it is certainly the lifeblood of this property. Also, you have to remember that this is the first hotel garage with ridesharing in mind. We use the newest technology available. It is the initial Domino of how Circa works. 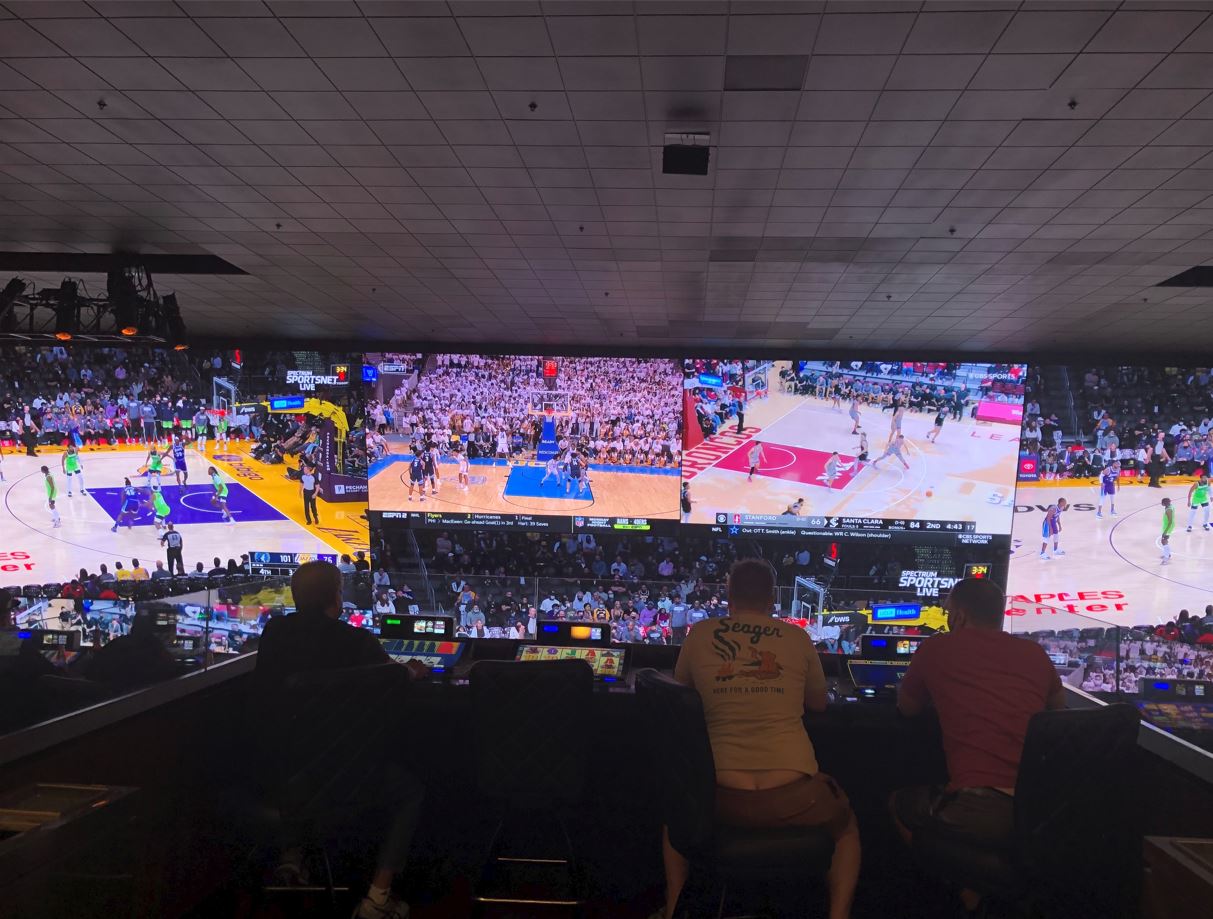 JustLuxe: You have five, very diverse restaurants in Circa. How did you choose which would be in the resort?

Mr.Stevens : “I think that restaurant guys are passionate, must be there all the time, have great stories to tell, must love the customers and, oh yes, have great food. Further, I knew them beforehand. Many are midwesterners. Though they are in Circa, they own their own restaurants.

Paul Saginaw runs this delicatessen, where he often talks to the diners, regaling them about his grandfather, Charles ‘Chickie’ Sherman, who, was Mr. Saginaw said, “was one of the biggest bookies in the history of Detroit, so I grew up around a gambling culture.” 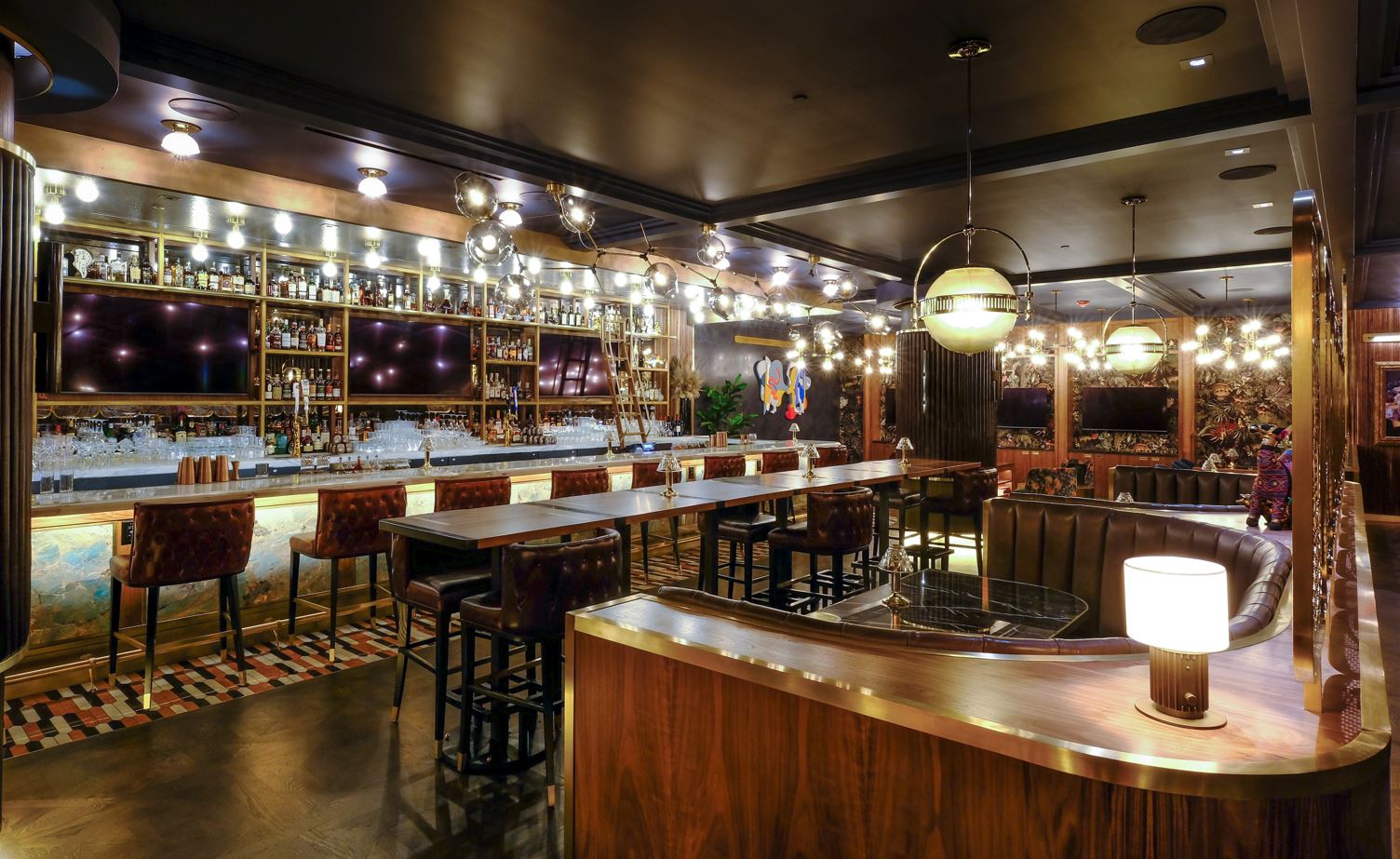 Veteran steakhouse chef Barry Dakake, is a chef who serves dry-aged beef, American and Japanese wagyu, fresh fish from around the world, and local farmers-market produce.

Grace Keros and Chris Sotiropoulos, runs this restaurant on the top level of Circa’s three-level sportsbook. It is a high-end sports bar. There are TVs and a glass wall, so guests at Victory Burger and Wings can keep track of all the games and also look down at the action in the sportsbook. 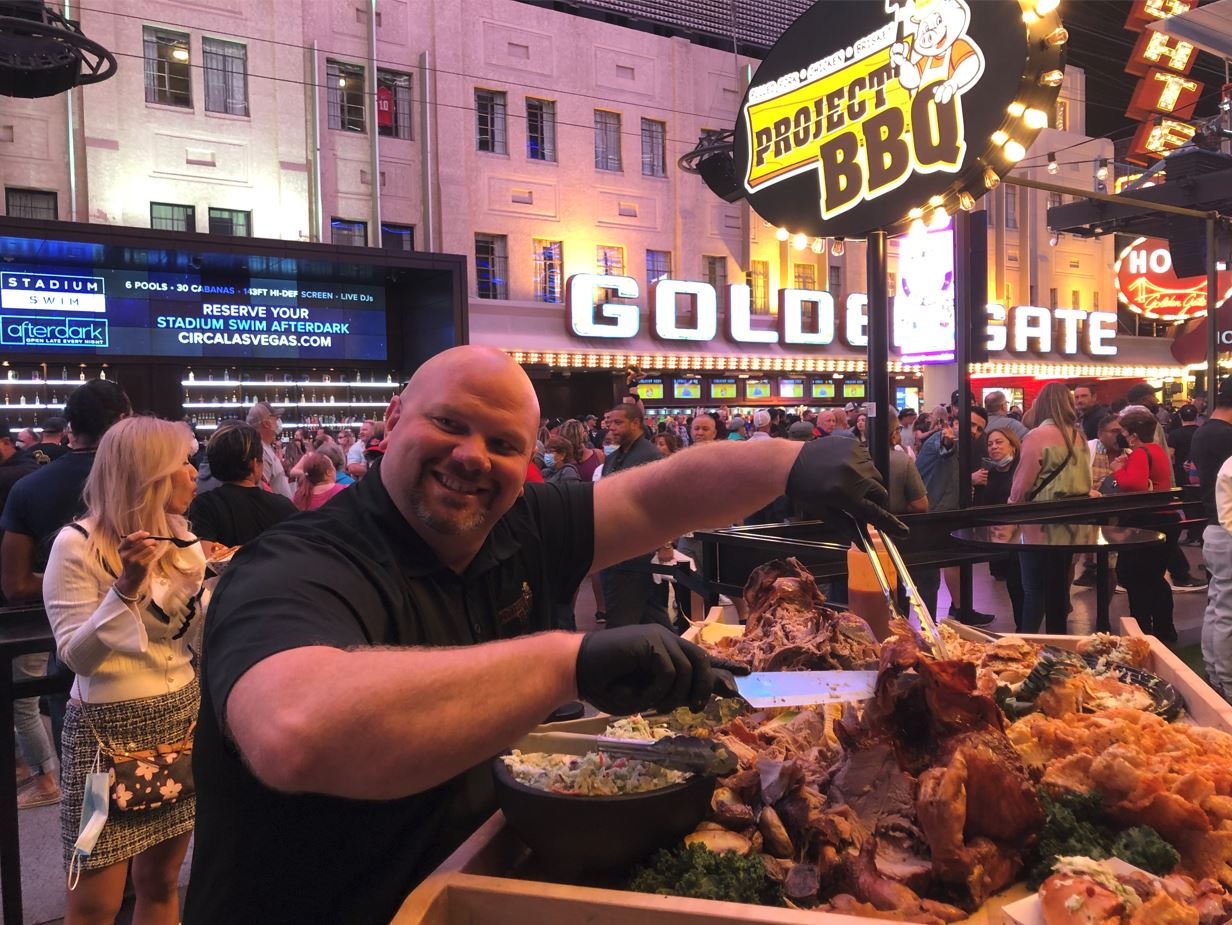 A Carolina-style barbecue restaurant has whole hogs on the smoker every day. The restaurant is in front of Circa and includes picnic tables where guests, can see the Fremont Street Experience, can enjoy live music and overhead light shows. 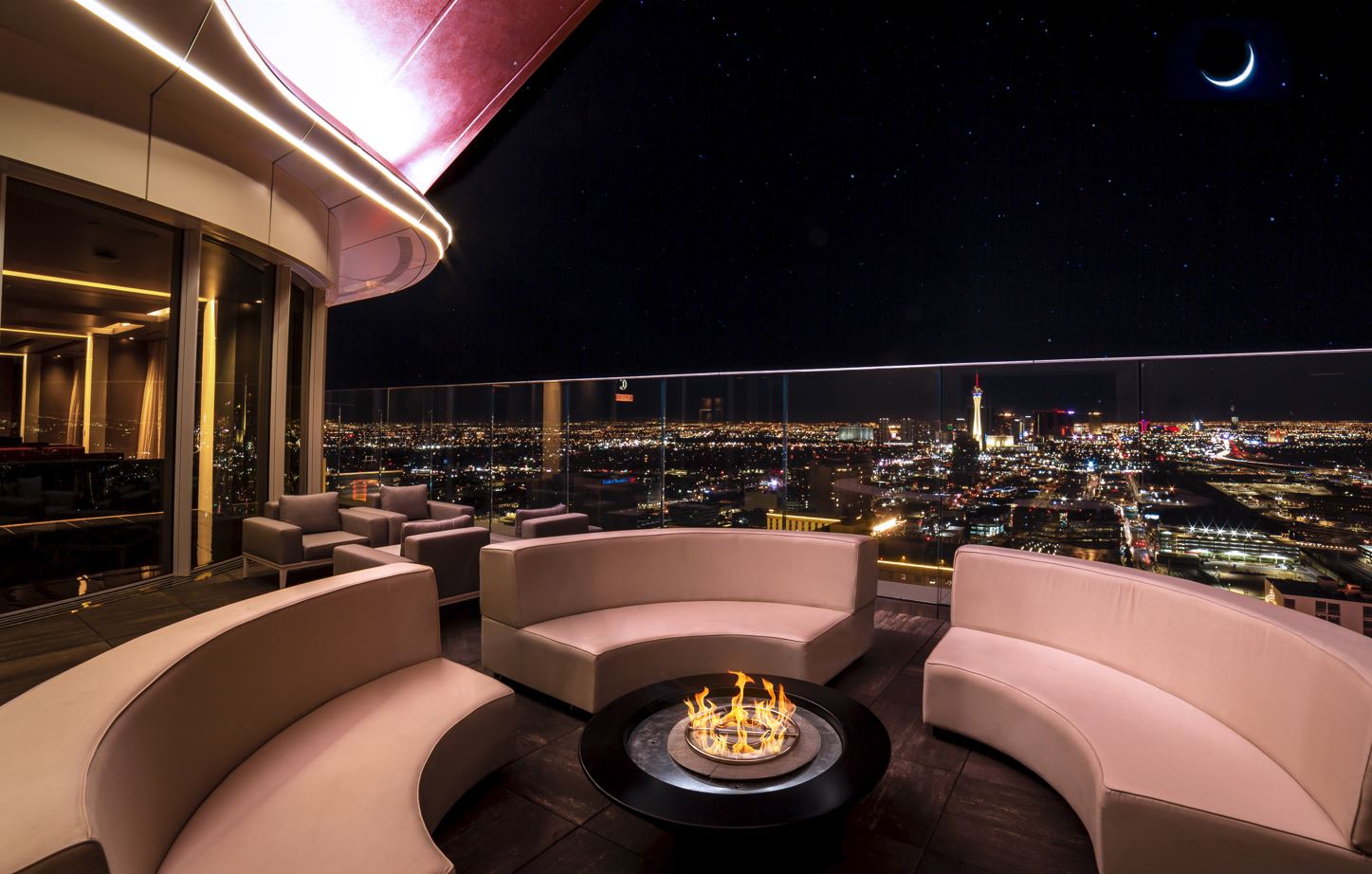 What Mr. Stevens has done with downtown is surprising and unique: where there was dust and quiet before, now has music, changing LED light displays, lively people, and an overarching sense of fun. His ideas have allowed the area to again grow and enliven, creating a new, yet lasting Las Vegas dimension that combines past remembrance and future celebration.

Ridiculed once again in a film featuring fictional Kazakh journalist Borat Sagdiyev, the ex-Soviet state of Kazakhstan has embraced the joke this time round and adopted Borat‘s catch phrase to try to attract tourists. “Borat Subsequent Moviefilm: Delivery of Prodigious Bribe to American Regime for Make Benefit Once Glorious Nation of Kazakhstan,” a follow-up to […]