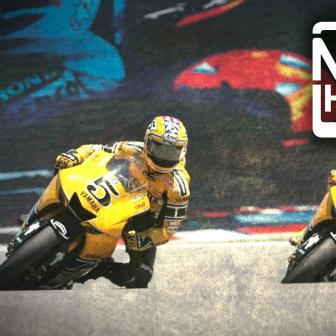 Of course, Marc Marquez is Captain America after yet another stunning ride at Austin on Sunday to secure his 84th Grand Prix victory, but a trip to Texas always reminds me of one person who never won one. Passionate, patriotic, funny, fast and friendly earned Colin Edwards the title of the Texas Tornado. Colin was such a giant character in the MotoGP™ paddock even though he never won Grand Prix. He will rather be remembered as the double World Superbike Champion than the rider who competed in most premier class races without a win but take heart, he’s in good company.

To experience the buzz and excitement of the fastest motorsport on two wheels, there is no better place than the MotoGP VIP Village™. Soak in the electric atmosphere and relish every slice of enjoyment the VIP pass has to offer, including perfect views of pitlane and the start/finish straight, the finest gourmet food menu plus […]

Aston Martin has yet to officially announce its driver line-up for 2022 with Lance Stroll expected to remain with the team alongside Vettel.  The clause in Vettel’s contract has yet to be triggered but he isn’t keen to get into the details of his arrangement with Aston Martin. Speaking ahead of the Italian Grand Prix, […]

Formula 1 heads to the Sochi Autodrom for the penultimate time for this weekend’s Russian Grand Prix. Since its introduction to the F1 calendar in 2014, Mercedes has been unbeatable, winning every race. Max Verstappen has a three-place grid penalty for this weekend after his collision with Lewis Hamilton, so Red Bull might decide to give him a fresh […]