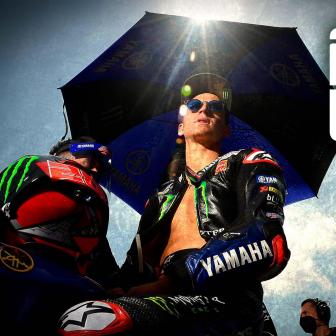 Both flew home to the States to contemplate what happened in Sweden, both as you would imagine had very different opinions. They relaxed with family and friends, played golf and went water skiing both in the knowledge that Freddie could finish second behind Kenny to take the title at the final showdown at Imola in Italy. Yamaha drafted in Venezuelan 250cc World Champion Carlos Lavado to help Kenny, but Freddie rode the perfect 25 laps to take the title.  Kenny won the race and tried every trick in his considerable repertoire to unsettle the Champion elect but to no avail. There was total chaos at the end, and I remember being jammed against the door of the medical centre waiting for the first interview with the new Champion as he took longer to produce a urine sample than he did to ride the last five laps earlier.

Here’s what to look out for in Formula 1’s 2021 Hungarian Grand Prix… All eyes on the start After what happened on the opening lap last time out at Silverstone, what happens at the start will be even more interesting to watch. Max Verstappen has been quick to shut down the media for their constant […]

Fabio Quartararo leads his first second of the weekend during final practice for the Styrian MotoGP, as Dani Pedrosa continues to impress by climbing to sixth! Crash MotoGP Podcast – Click here to listen to Keith Huewen, Harry Benjamin and our own Pete McLaren talk MotoGP Pedrosa, who retired from MotoGP at the end of 2018, is […]

After the opening five rounds, Brad Binder was back where he had finished his rookie MotoGP season; eleventh place in the world championship. Crash MotoGP Podcast – Click here to listen to Keith Huewen, Harry Benjamin and our own Pete McLaren talk MotoGP That still made Binder the top KTM, but by the summer break […]