Vietnam’s Vietravel Airlines is commence operations to Bangkok from 16 December, its first international destination since commencing operations about a year ago.

The daily flights from Hanoi will be operated by Airbus A321s, the airline says in a statement on its website. 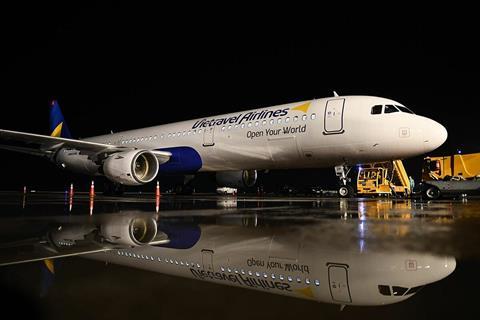 Vietravel also disclosed its intentions to operate daily flights to Bangkok from Ho Chi Minh City, but did not commit to a launch date.

When it began operations in 2021, the leisure carrier, owned by travel agency Vietravel Holdings, said it hoped to launch international flights in its first two years of operations, to destinations in countries like Singapore, South Korea and Thailand.

The airline currently has a fleet of three A321s, and plans to grow it to six examples by end-2023.

According to Cirium schedules data, there are three other carriers flying between Hanoi and Bangkok Suvarnabhumi.

Scandinavian carrier SAS has obtained court approval to continue operating as normal, following its filing for US Chapter 11 protection. The company has been granted clearance to continue operating as an airline, pay employees’ wages, suppliers’ fees, and taxes, and honour customer programmes including its EuroBonus loyalty scheme. SAS had filed a series of ‘first […]

The Australian government has extended financial assistance measures yet again for domestic carriers, amid a coronavirus resurgence that has sent several states into prolonged lockdowns. Two key support schemes — the Domestic Aviation Network Support (DANS) and Regional Airline Network Support (RANS) — will continue until the end of the year. Both DANS and RANS, […]

Deutsche Aircraft is to partner with German fuel-cell developer H2FLY on a project that will see the partners demonstrate a hydrogen-powered Dornier 328 by 2025. H2FLY has previously flown a hydrogen-electric-powered four-seater, but the partnership with Deutsche Aircraft will see it scale up its fuel-cell technology for the regional aviation market. Ultimately, the pair aim […]