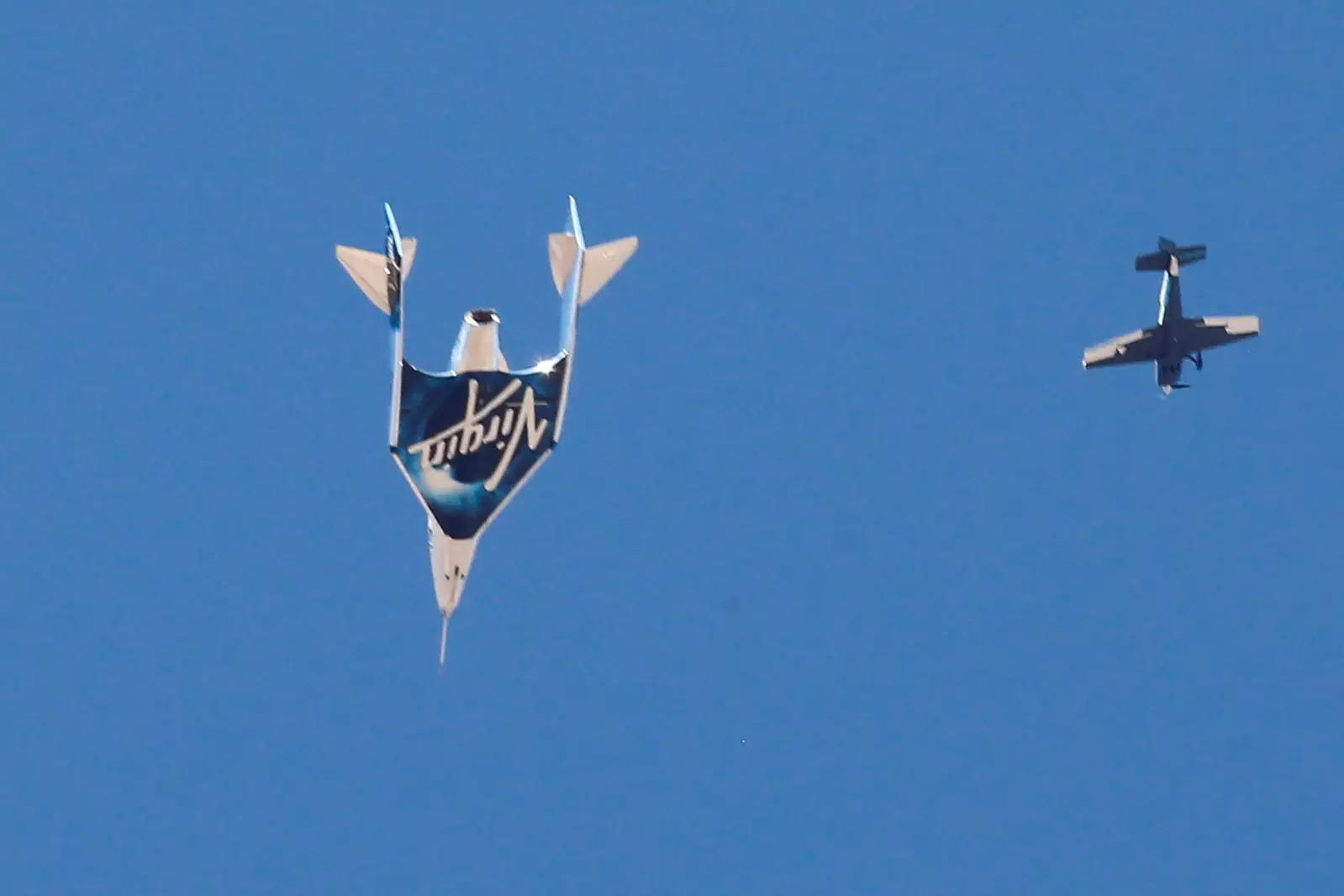 Virgin Galactic has sold around 700 tickets since flying its founder Richard Branson to space over summer, with commercial service expected to begin by the end of 2022, the company said in its financial results Monday. The current price of the fare is USD 450,000 per seat, well above the USD 200,000- USD 250,000 paid by some 600 customers from 2005 to 2014. There are around 300 reservations left at the new rate.

“We are entering our fleet enhancement period with a clear roadmap for increasing the durability, reliability and predictability of our vehicles in preparation for commercial service next year,” said CEO, Michael Colglazier, in a statement. “Demand for space travel is strong, and we’ve been selling seats ahead of the pace we had planned.”

Established in 2004, Virgin Galactic is seeking to cash in on the success of a high profile test mission in July, which saw Branson beat by a matter of days Blue Origin owner Jeff Bezos in their billionaire space race. But since then, the company, which flies out of Spaceport America in the New Mexico desert, has faced setbacks.

The company is delaying its commercial space travel service to the fourth quarter of 2022 and will not conduct another planned test flight this year.

It was briefly grounded by the Federal Aviation Administration (FAA) following an investigative report in the New Yorker that found its spaceship experienced a close-call and dropped below its designated airspace during the July flight. The FAA criticised Virgin Galactic for failing to communicate the deviation.

In October, Virgin said it was postponing by several months a mission with members of the Italian Air Force, after finding problems with the strength of materials in its vehicles. It is currently in the process of enhancing its vehicles. Unlike Blue Origin and SpaceX, its main competitors in the nascent space tourism sector, Virgin Galactic deploys a massive carrier aircraft that takes off horizontally, gains high altitude, and drops a rocket-powered spaceplane that then soars into space.

As a publicly traded company, Virgin Galactic is also required to be more transparent about its finances. The cost of tickets on Blue Origin’s suborbital New Shepard rocket, capable of roughly ten-minute hops into space and back, is unknown, but likely to be substantially higher.

SpaceX earlier this year sent the first all-civilian crew on a trip around the Earth’s orbit, while Jeff Bezos’s Blue Origin and Virgin Galactic of billionaire Richard Branson conducted their maiden suborbital missions.

An online auction for the very first seat sold for USD 28 million, but the winner deferred their flight. Seats aboard SpaceX’s Crew Dragon, which launches atop a huge Falcon 9 rocket and is also contracted by NASA to ferry astronauts to the ISS, are likely to run into the tens of millions of dollars.

A visit to Expo 2020 Dubai is proof of the time, energy and effort that the organisers have been putting in terms of mapping out the visitor experience to ensure that it’s a smooth, seamless and safe experience. The first World Expo took place in 1851 in London, and the event is the world’s oldest, […]

The Ministry of Foreign Affairs of the Kingdom of Saudi Arabia has announced to extend the validity of visit visas for travellers who are not allowed to enter the country amidst the travel ban. Indian travellers can also avail the visa validity extension free of cost since India along with Pakistan, Indonesia, Egypt, Turkey, Brazil, […]

Photo for representational purpose only The Singapore Tourism Board (STB) is set to connect virtually with its in-market cruise stakeholders from India. Based on the theme, Charting our Pathway to Cruise Recovery, CruiseWorld India 2021 aims to re-engage with key cruise line and cruise agent stakeholders, after almost a year. A key event highlight is […]