Even the heavy rainfall couldn’t erase the smell of death in the pine forest in Izium on Friday afternoon, as Ukrainian investigators worked their way through a mass burial site found in the eastern Ukrainian city after its recapture from Russian forces.

Ukraine’s Defense Ministry said at least 440 graves were found in the city in recent days. The country’s President Volodymyr Zelensky said Friday that some of the bodies found in Izium showed “signs of torture,” blaming Russia for what he called “cruelty and terrorism.”

When CNN arrived to the mass burial site on Friday afternoon, officials were transporting body bags, including one that appeared to be holding something very small, into a refrigerated truck.

Most graves at the burial site are individual graves, with wooden crosses placed at the head of the dirt mounds. Some with names and numbers handwritten on them. One had a number as high as 398. Another with the name of an 82-year-old man. One official at the site told CNN that investigations would have to determine when these people died.

Further down in the forest lies what appeared to be a former military position, with tank positions dug deep into the ground.

A policeman at the scene told CNN that the spot is a mass grave where 17 bodies were found.

“Here are civilian bodies and military ones further along,” Igor Garmash, an investigator at the scene said of the specific part of the site he was examining, pointing to a location nearby.
“Over 20 bodies have been examined and sent for further investigation,” he told CNN.

Ukraine’s Center for Strategic Communications said on Thursday that some of the graves discovered at Izium were “fresh,” and that the corpses buried there were “mostly civilians.”

An Izium resident living across the street from the mass burial site told CNN the Russians first hit a nearby city graveyard with an airstrike and then moved in.

“They brought their special machines. They dug some trenches for their vehicles. We only heard how they were destroying the forest,” Nadezhda Kalinichenko told CNN.

She said she tried not to go out during the time the city was under the Russian occupation because she was too scared.

“When they left, I don’t know if there was fighting or not. We just heard a lot of heavy trucks one night a week ago,” she said.

Some background: Izium was subject to intense Russian artillery attacks in April. The city, which sits near the border between the Kharkiv and Donetsk regions, became an important hub for the invading military during five months of occupation. Ukrainian forces took back control of the city on Saturday, delivering a strategic blow to Russia’s military assault in the east. 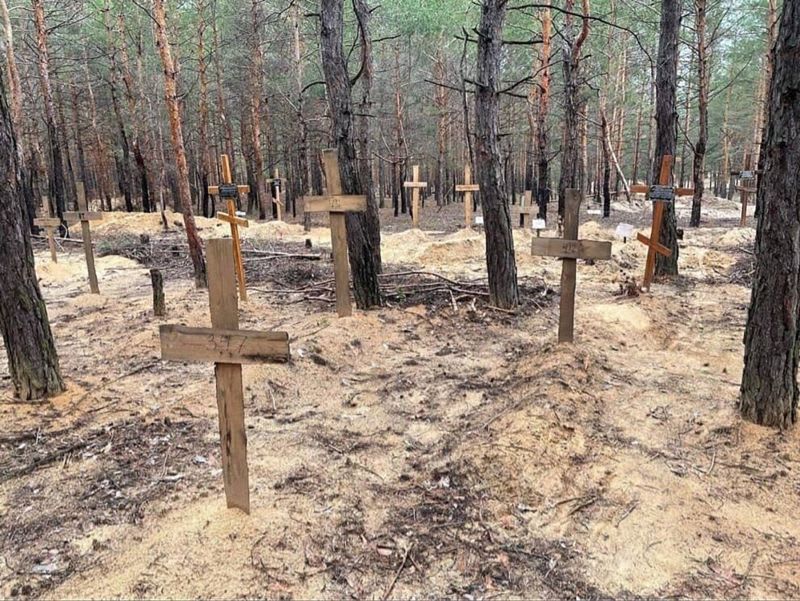 That means that we will get some facts, but even more drama. Yes, please. Usual readers know about my love of true crime, and the first offering this week is dead-on crime drama (don’t pardon the pun as I meant it), so let’s get to it. Loosely inspired by journalist Jake Adelstein’s nonfiction book about […]

An Alabama teen raised $39,000 for kids with cancer by cutting off his beloved 19-inch Afro

Kieran Moïse, 18, started growing out his hair in the eighth grade, after losing a friend to brain cancer. He had seen people donate their hair to children who had lost theirs during medical treatment and wanted to do the same, his mother Kelly Moïse, 49, told CNN. “Kieran has always been known for his […]

It’s not practical to bust out a bulky, full-size vacuum for everyday small messes. Compact, cordless handheld vacuums are perfectly suited for light-duty cleaning tasks. Although their relatively small capacity and limited runtimes mean they’re unlikely to serve as your primary vacuum, they are extremely convenient for keeping up with everything from kitchen spills to […]